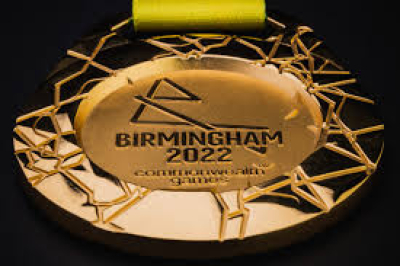 Tonight, the Birmingham 2022 Commonwealth Games kicked off with a show-stopping Opening Ceremony at the newly redeveloped Alexander Stadium to a live audience of over 30,000 and a global audience of over a billion.

The Opening Ceremony welcomed this year's athletes with a theatrical narrative exploring the rich and diverse history, culture and identity of Birmingham and the West Midlands. From early manufacturing and industry, through to innovation and cultural revolution, Artistic Director Iqbal Khan challenged not only conventional expressions of storytelling, but also the way Birmingham sees itself.

Brought to life by 'Stella and the Dreamers' - a group of young athletes from around the 72 Commonwealth nations and territories - the Opening Ceremony recounted the city’s past experiences and how it continues to move forward, responding to new cultural and generational influences.

Featuring over 1,500 professional and volunteer cast members, the Opening Ceremony evolved over 10 moving scenes beginning with the gathering of the Commonwealth's 'Shards' - symbols of hopes and dreams, illuminated by 18,480 LED lights.

In a memorable tribute to Her Majesty The Queen, Birmingham Conservatoire graduate and mezzo-soprano Samantha Oxborough performed the National Anthem, supported by the celebrated City of Birmingham Symphony Orchestra under acclaimed conductor Alpesh Chauhan, while musicians from The Royal Marines deliver a rousing trumpet fanfare.

These rich musical moments and cultural stories set the stage for iconic British band, Duran Duran to draw the Opening Ceremony to a close, performing four much-loved tracks from their remarkable catalogue.

Throughout its history, Birmingham has been enriched by its embrace of generations of Commonwealth communities, emerging as the multicultural city that it is today. The Birmingham 2022 Commonwealth Games' Opening Ceremony was full of moments of inspiration and wonder, celebrated together with friends from across the Commonwealth in a reminder that there is truth and delight in challenging yesterday’s version of events in order to be fully and authentically ourselves.

The Opening Ceremony signals the start of 11 days of spectacular sport, with 4,500 of the Commonwealth’s finest athletes competing across 19 sports and eight para sports, in the largest event ever to be staged in the West Midlands region.

The Closing Ceremony will take place on Monday 8th August at Birmingham's Alexander Stadium in a further celebration of the Commonwealth Games and its 2022 host region.