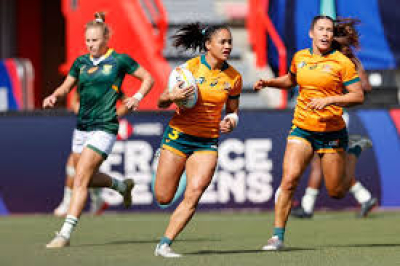 South Africa’s Womens' Sevens team will be looking for their first win in their final pool game after failing to score a point on day one of the Commonwealth Games Sevens tournament.

After losing 38-0 to tournament favourites Australia in their opening game, things didn’t go better in their second game against Fijiana, with the South Sea Island nation scoring 41 points against the South African side.

Their hope now lies in facing Scotland on Saturday, who also lost badly on day one. Scotland were beaten 33-12 by Fijiana and 50-0 in a rout by Australia, and the two sides will play for the pool wooden spoon on Saturday morning.

The game will kick off at 10am.

More in this category: « Blitzboks wallop Malaysia to open Commonwealth campaign. Top-10 triathlon finish for SA’s Riddle as Lara makes a record-breaking splash. »
back to top