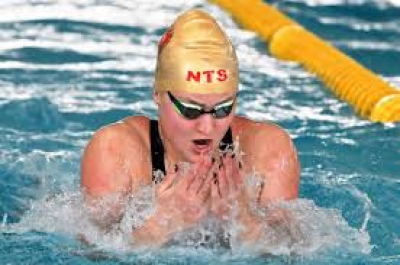 Swimming in lane 1, Van Niekerk didn't have the best of starts, but a superb finish saw her touch the wall in 29.73, a new Games record.

In the women's 50m freestyle semi-final heats, Erin Gallagher finished 4th with Olivia Nel in 5th in the first heat, while Emma Chelius was 3rd in the second heat.

That means that both Gallagher and Chelius move onto the final with the fifth and seventh fastest times, respectively, while Nel is the first reserve.

In the men's 200m freestyle, 19-year old Matthew Sates faded after a strong start to finish in sixth with Duncan Scott of Scotland taking gold.

More in this category: « Blitzboks looking to be 'clinical' against Scotland at Commonwealth Games. Blitzboks continue perfect start with impressive win over pool rivals Scotland. »
back to top