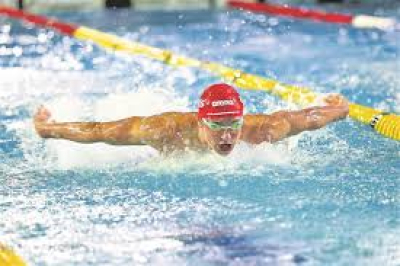 Swimming in lane 4, Coetze powered into the lead and kept his consistency despite a charge by several other competitors.

However, the 18-year-old held on to touch the wall in 53.78 to seal gold for South Africa.

In the women’s 50m freestyle semi-final heats, Erin Gallagher finished 4th with Olivia Nel in 5th in the first heat, while Emma Chelius was 3rd in the second heat.

That means that both Gallagher and Chelius move onto the final with the fifth and seventh fastest times, respectively, while Nel is the first reserve.

In the men's 200m freestyle, 19-year old Matthew Sates faded after a strong start to finish in sixth with Duncan Scott of Scotland taking gold.

The women’s 50m S13 final was won by Australia’s Katja Dedekind with Alani Ferreira and Cornelle Leach of South Africa finishing in seventh and eighth, respectively.

Sates came back for the men’s 400m Individual Medley finished fourth in a time of 4:16.61 as New Zealand’s Lewis Clareburt took gold.