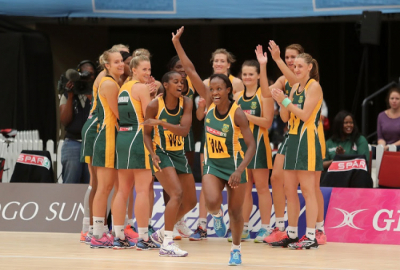 South Africa and Jamaica played their 17th match against each other when they clashed at the 2022 Commonwealth Games in Birmingham on Saturday, but it was the Sunshine Girls who emerged as the winners.

Jamaica have a great record against South Africa, having had won 13 out of their 16 previous encounters.

Dorette Badenhorst started with a very strong team, however it was Jamaica who got the better results of the two in the opening period with the Sunshine Girls clinching the first quarter 18-7.

Shadine van der Merwe earned her 50th test cap for South Africa when she took to the court and she was followed by Khanyisa Chawane who came into the game in the second quarter.

South Africa made a few changes in the second quarter, introducing Zanele Vimbela in defence and Khanyisa Chawane at midcourt. Still, it was Jamaica who piled on the pressure to extend their lead to 37-19.

The third quarter saw the Sunshine girls cementing their position and dominance. South Africa made a few more changes with captain Bongiwe Msomi making a return to the team and Van der Merwe stepping in at defence. Jamaica won the championship quarter with 17 goals, only conceding 12 in the same period.

South Africa stepped up and put their foot on the pedal in the last quarter – they made additional changes and took the game to Jamaica – South Africa seemed very determined to turn the game around, however it was a bit late for them. They (South Africa) won the quarter 18-14 but still lost the tie 68-49.

This was Jamaica’s second match of the tournament while South Africa were playing their first match. South Africa will face Barbados on Sunday, 31 July at 3pm SA time.