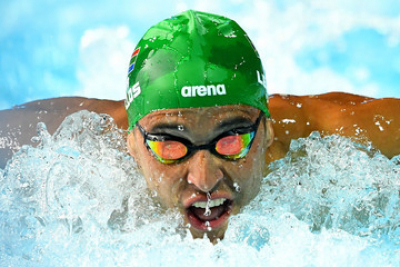 Chad le Clos claimed silver in the men's 200m butterfly at Birmingham 2022, to equal the record for most Commonwealth Games medals, on 18 along with Phillip Adams and Mick Gault.

Any podium finish at the Sandwell Aquatic Centre would lift him level with shooters Gault and Adams, who jointly hold the all-time record of 18.

He reached the final 10 years to the day since he beat American great Michael Phelps at London 2012 to become Olympic champion.

Le Clos went out hard and held the lead going out of the final turn, but New Zealand’s Lewis Clareburt, who on the Saturday won the 400m individual medley that Le Clos had won 12 years ago, stormed past at the end to touch in 1min 55.60sec.

His mark survives for at least another four years.

Le Clos has the 100m butterfly on Monday as well as the 4x100m medley and 4x200m freestyle relays to add to his haul.

More in this category: « 2022 Commonwealth Games kickoff with show-stopping opening ceremony. Proteas back to winning ways with dominant win over Barbados. »
back to top