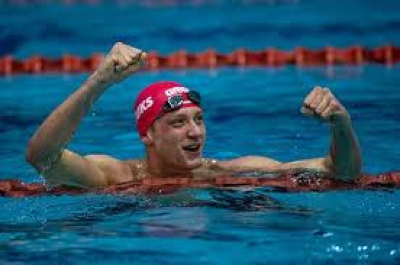 The 18-year-old South African won his second medal of the tournament after his gold medal in the 100m breaststroke this past weekend.

Meanwhile Lara van Niekerk, Tatjana Schoenmaker and Kaylene Corbett have qualified for the women's 100m breaststroke final at the Commonwealth Games in Birmingham on Monday.

Schoenmaker won her semi-final as she stopped the clock in 1:06.43, while Corbett finished fourth in 1:07.96 to advance through to the final.

Teen star Niekerk won her semi-final in 1:05.96 to finish as the fastest qualifier heading into Tuesday's massive showdown final.

More in this category: « Whitebooi lands gold as judo and gymnastics join medal party. Team SA rocked by Covid-19 withdrawals in Birmingham. »
back to top