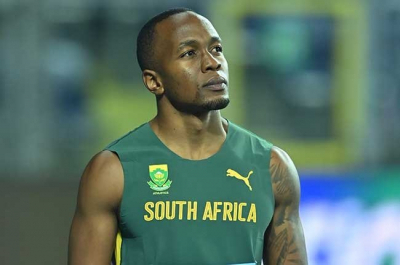 If the 100m heats were a pointer of what's to come in the semifinals and subsequent final at the ongoing 2022 Commonwealth Games, then we would be in for a sumptuous treat on Day 2 of Track and Field actions in Birmingham.

African athletes will go into their events on Wednesday, with a chance of glory competing in many finals, but the 100m will undoubtedly take the centre stage, and there are a lot of the continent's representatives with a big chance of medalling in this event.

Nigeria's Grace Nwokocha was very impressive in the heats, running the second fastest time she has ever posted in the 100m. In fact it was her second time ever going under 11s, clocking 10.99s to win her heat. No doubt, Nwokocha will get faster in the semis and final, possibly breaking her Personal Best of 10.97s which she ran this season in the NCAA.

Nwokocha will be up against NCAA champion & St Lucia's Julien Alfred, who has clocked 10.81s this season. However the Nigeria will fancy her chances, coming into the semis as the joint fastest qualifier alongside Jamaica's Elaine Thompson-Herah.

Rosemary Chukwuma on her part, will jostle for the top 2 automatic spots with England's Daryll Neita. Chukwuma made the semis, finishing 3rd fastest overall with 11.02s. It is the second fastest legal time Chukwuma is running in the 100m, and going by the good form they have displayed in the heats, both her and Nwokocha are huge contenders for a medal in this event.

Blessing Okagbare was the last Nigerian athlete to win a medal in the women’s 100m, winning the 100m title eight years ago in a Championships Record of 10.85s at Hampden Park, Glasgow

Defending men's 100m Champion, South Africa's Akani Simbine looks to be in a good shape going into the 100m semis and hoping to successfully retain his title. Simbine clocked 10.10s to win his heat, and barring any surprises, he remains the favourite to progress from heat 1 of the semifinals, boasting the fastest PB of the field.

Heat 2 will be the main cracker in the men's semifinals, with the three African athletes in good form: Ferdinand Omanyala (Kenya), Emmanuel Eseme (Cameroon) & Favour Ashe (Nigeria), all fight for the top two automatic spots.

Both Omanyala & Eseme competed in the same heat on Tuesday, and there was hardly anything to separate them. Omanyala only won by one-hundredth of a second, while Eseme ran a huge PB of 10.08s to make the semis. Anyone hoping to make the final from this semifinal heat, will have to come good with possibly a sub 10s.

The women's 10 000m in Birmingham has to one of the most open fields, because it could swing anyway with at least four of the entrants having a shot at claiming the title. Kenya's duo of Sheila Kiprotich & Irine Cheptai are one of four athletes to go under 31mins in the field, but they will have to replicate that in the final, if they are to challenge for the gold medal.

Cheptai this season ran 31:52.03, just about two seconds off Kiprotich's SB of 31:50.13. Somehow, Stella Chesang would be buoyed by the achievement of her compatriot Jacob Kiplimo who was the only Ugandan in action in men's 10 000m, finding a way to outwit the three Kenyans he faced.

Chesang this season ran 31:01.04, and she will be one of the major contenders alongside South Africa's Domnique Scott who has come close to breaking sub 31mins, running a PB of 31:00.10 this season.

Newly crowned world 800m champion, Emmanuel Korir will be returning to the 400m, and the Kenyan will be a stronger contender for the title if everything falls into place for him. Korir on his day is a solid sub 45s, and the Commonwealth Games has provided him with the opportunity to trial out the one lap event at a major championship.

This season, Korir has clocked a Season's Best of 44.87s, and having never won a Commonwealth Games title before, that is enough incentive driving him to bring his 800m dominance to the 400m, looking to add another medal to his minted collection of laurels.

More in this category: « Muvhango overcomes nerves as Team SA bag a silver medal in Lawn Bowls. Transport woes for Le Clos, Proteas miss out on the semis. »
back to top