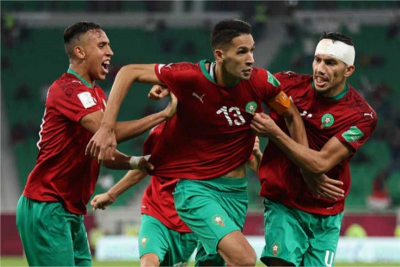 Morocco coach Vahid Halilhodzic has called up three more players to his squad for the Africa Cup of Nations finals in Cameroon.

Al Ahly defender Badr Benoun, who led Morocco to the African to the African Nations Championship (CHAN) on home soil in in 2018, is joined by AS Far's Mohamed Chibi and UAE-based striker Soufiane Rahimi.

The trio were all part of the Morocco squad that reached the quarter-finals at the recent Arab Cup, where they lost on penalties to eventual winners Algeria.

The additions mean that Halilhodzic now has a 29-man squad which means one player will miss out on the final list for the finals which begin on 9 January.

There is speculation of whether 20-year-old Abde Ezzalzouli will accept the call-up for the tournament or stay at his Spanish club Barcelona, as he tries to secure a regular place in the team.

He has made eight appearances for the Spanish giants since his debut on 30 October against Alaves, his only goal so far came in a draw 2-2 draw at Osasuna.

Morocco begin their Group C campaign against Ghana on January 10 and then have further group games against the Comoros (January 14) and Gabon (January 18).