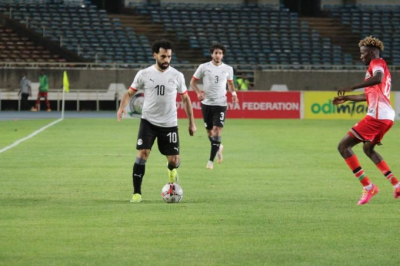 Aston Villa's Trezeguet has been named in Egypt's final 25-man squad for the Africa Cup of Nations despite not playing since April.

The 27-year-old had an operation on a knee injury that he suffered in a loss to Liverpool on 10 April and meant he missed all six of the Pharaohs' 2022 World Cup qualifiers.

On 6 December he continued his recovery from injury as he played and scored for Aston Villa's under-23 side and since then he has been an unused substitute for the first team for their past three games.

As expected Egypt coach Carlos Queiroz also included Liverpool's Mohamed Salah, who is set to captain the team, and Arsenal's Mohamed Elneny for the tournament that begins on 9 January in Cameroon.

The record seven-time winners begin their campaign on 11 January against Nigeria, before playing Guinea-Bissau and finally Sudan.