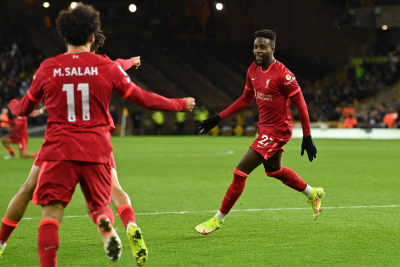 Egypt have delayed their departure for the Africa Cup of Nations and were forced to cancel training after coronavirus cases were reported in their camp.

The Pharaohs, who have won the competition a record seven times, were due to depart on Friday but will now fly to Cameroon on Saturday.

"Unprecedented times. The more the situation becomes difficult, the more we stay together and strong," coach Carlos Queiroz tweeted.

The Nations Cup starts on Sunday, with Egypt facing Nigeria in their first Group D match on Tuesday (16:00 GMT).

The number of cases and identities of those who have tested positive have not been disclosed.

"Better we stand together and focus on what we need to do to meet the challenges," Queiroz's message added.

Salah is on the men's shortlist with Paris St-Germain's Lionel Messi and Bayern Munich's Robert Lewandowski.

Kerr has been nominated with Barcelona pair Jennifer Hermoso and Alexia Putellas in the women's category.

The winners will be announced at the Best Fifa Football Awards in Zurich on 17 January.

Lewandowski won the men's award in 2020, while England and Manchester City's Lucy Bronze won the women's.

More in this category: « Hosts Cameroon dream of winning title at home as Cup of Nations begins. Pierre-Emerick Aubameyang tests positive for Covid-19 ahead of AFCON. »
back to top