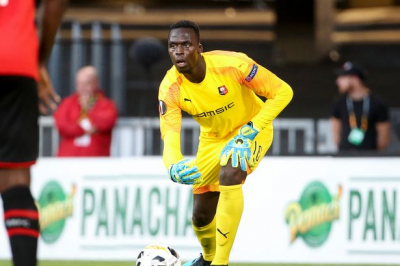 Mendy joins captain Kalidou Koulibaly and striker Famara Diedhiou on the sidelines for their Group B opener after all three players tested positive for Covid-19.

It leaves the tournament favourites with a threadbare squad for the match in Bafoussam after six players - Saliou Ciss, Bamba Dieng, Mame Baba Thiam, Pape Matar Sarr, Nampalys Mendy and second-choice goalkeeper Alfred Gomis - all remained in Dakar on Wednesday after testing positive.

Senegal are also without Watford winger Ismaila Sarr and Royal Antwerp defender Abdoulaye Seck, who are both injured.

"We are still going into the game against Zimbabwe full of confidence."

AFCON organisers have confirmed teams will have to play matches provided they have 11 players available, should they be depleted by Covid-19 cases.

Countries will be required to play a match if they have a minimum of 11 players who have tested negative, while in the absence of a goalkeeper, an outfield player from the team must replace the goalkeeper.

Any country that does not have a minimum of 11 players available will be considered to have lost the match 0-2.

Organisers have also outlined that each team will be permitted to use a maximum of five substitutes, with a maximum of three opportunities to make substitutions during the game.

Algeria are the reigning champions after a 1-0 final victory over Senegal when the competition was left held in Egypt in 2019.