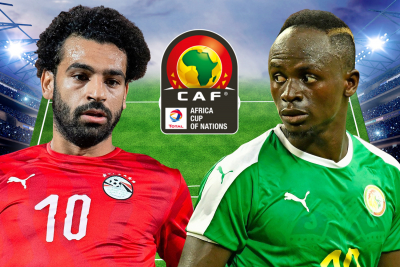 Egypt will chase Total Energies Africa Cup of Nations immortality when they face Senegal in the final at the Olembe Stadium in Yaounde on the evening of Sunday 6 February 2022.

Kick off is at 9PM SA Time.

Egypt overcame Cameroon in the second semifinal played on Thursday night, with a hard-fought match ending goalless after 120 minutes, before the North Africans triumphed 3-1 on penalties.

This has given the Pharaohs the chance to claim a record-extending eighth Afcon title and further underline that the North African nation is indeed the greatest football power on the African continent.

Senegal, meanwhile, powered past Burkina Faso in the first semifinal on Wednesday night: goals from Abdou Diallo, Idrissa Gueye and Sadio Mane saw off the challenge of the Stallions and put the Teranga Lions into a second successive Afcon final and third overall.

In head-to-head stats, Senegal and Egypt have met in 12 matches across all competitions dating back as far as 1986. The Pharaohs have claimed six wins compared to four for the Teranga Lions, while two games have been drawn.

The teams' most recent meetings were in the qualifiers for the 2015 Afcon, with Senegal winning 2-0 in Dakar in September 2014 and 1-0 in Cairo in November 2014 – Mame Biram Diouf (two) and Sadio Mane shared the three goals for the West Africans.

Watch Live in the video below:

More in this category: « Egypt beat Cameroon to set up Africa Cup of Nations final against Senegal. Cameroon fight back from three-nil down to claim third place at AFCON. »
back to top