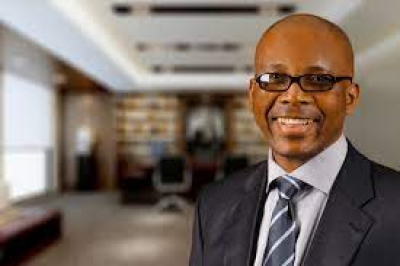 JSE-listed technology company Altron on Monday (17 May) announced its financial results for the year ended February 2021, showing an 18% decline in headline earnings per share to 31 cents per share.

Earnings before interest tax and depreciation (EBITDA) was down 8% to R1 billion, and revenue was flat at R7.4 billion. Cash generated from operations however, was up 31% to R2.2 billion, Altron said.

Operating profit before capital items dropped 25% to R342.5 million, and a dividend of 15 cents per share was declared.

"The cost containment measures taken across our operations to minimise the impact of Covid-19 have positioned us well," said Altron Group chief executive, Mteto Nyati. Several businesses in the group were restructured during year to protect and maintain profitability.

"There is no question that this has been the most difficult and challenging year I have ever encountered as a business leader. Lockdowns significantly reduced economic activity and inevitably impacted on our financial results," said Nyati.

However, he said that the "onset of the Covid-19 pandemic and the Bytes UK demerger created conditions for demonstrating the resilience of our strategic direction and validated the choices we made in pursuing certain growth areas like cloud and security".

During the year under review, Altron Documents Solutions, Altron People Solutions, Altron Arrow and Bytes UK were classified as assets held for sale. Bytes UK was demerged with a successful initial public offering on the London Stock Exchange as its primary listing and the JSE as its secondary listing.

Bytes UK was included in Altron’s numbers for nine-and-a-half months before it was separately listed, unlocking value for shareholders.

Nyati said that the new Altron 2.0 strategy builds on the successful implementation of One Altron, which resulted in the identification of four key high-growth areas in the information technology sector as part of Altron 2.0, targeting tripled operating income in five years. These growth areas are automation (DevOps), cloud services, data, and security.

Bytes UK’s growth is on the back of the trend towards cloud computing. "Given that South Africa lags behind the UK on the same trend by three to four years, we believe Altron will reap the benefits of early positioning in the cloud space through Altron Karabina and Altron Systems Integration, "said Nyati.

Altron recently acquired LawTrust (pending competition commission approval), which will create end-to-end security capability when combined with Ubusha to form Altron Security, with a presence in the United Kingdom where its offerings are in demand.

The technology group said it instituted remote working arrangements during 2020, which impacted half its staff. "We were able to move to working remotely with minimal disruption to productivity and processes," said Nyati.

Ultimately, while many companies fell victim to the economic ravages induced by the pandemic, Altron continues to provide jobs for more than 7 000 employees and we did our best to minimise job losses."

Looking ahead, Altron said it will focus on wrapping up its disposal of three operations that are not aligned to the revised strategy; explore opportunities to further unlock value for the operations that fall within Altron 2.0; and accelerate growth of the digital transformation segment housing Altron Karabina, Altron Systems Integration and Altron Security.

More in this category: « A marginal petrol price hike expected next month. Moody’s warns that South Africa could be heading for trouble. »
back to top