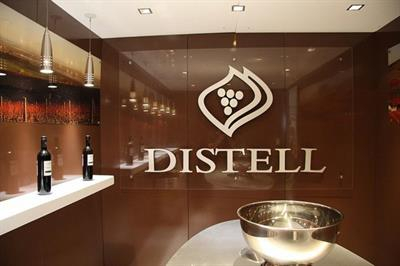 Distell, the owner of brands including Amarula, Savanna, Hunter’s Dry, Durbanville Hills and Nederburg, said in a statement on Tuesday (18 May), that it has been approached by Heineken regarding the potential acquisition of the majority of its business.

"The parties have entered into discussions which, if successfully concluded, may have an effect on the price of the company’s securities. Bearing in mind that there can be no certainty that an agreement will be reached, shareholders are advised to exercise caution when dealing in their Distell securities until a further announcement is made," it said.

Heineken is working with advisers and made an approach to Distell in recent weeks, citing people familiar with the deal.

A takeover of Distell, which has a market value of R31.8 billion rand, would be Heineken’s most significant transaction in years, it said.

In February, Distell reported interim financial results for the six months ended December 2020, keeping dividend payments on hold due to continued impact of the Covid-19 pandemic, and uncertainty over possible further bans on the sale of alcohol in South Africa.

"In a period of uncertainty and disruption, the group commendably grew revenue by 3.8% to R15.4 billion on 0,8% higher volumes," it said.

Revenue excluding excise duty grew by 2.5%. In the domestic market, while 41 trading days were lost during the reporting period due to the second and third sale of alcohol bans introduced by government, domestic revenue declined by only 0.5% with sales volumes down by 1.4%.

Market share gains were made across all three categories, it said.

"Following a successful implementation of its digital Business-to-Business (B2B) sales platform earlier in the year, the Group saw a high rate of customer adoption which is growing revenues and volumes at a faster pace than non-platform customers," Distell said.

Growth in e-commerce business for the six months period has already reached what was achieved in the previous reported full financial year, the group said.

African markets, outside South Africa, delivered strong revenue growth of 12.7% on sales volumes which increased by 11.7%.

Focus markets on the African continent, outside the Botswana, Lesotho, Namibia and eSwatini (BLNE) countries, grew revenue by 19.9% and volumes by 20.3% with strong revenue and volume growth across all three categories.

More in this category: « Moody’s warns that South Africa could be heading for trouble. Liberty's claim statistics show a significant increase in retrenchment and mortality. »
back to top