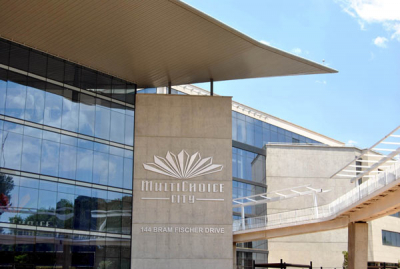 Multichoice Group has reported a boost in earnings for the year ended March 2021, growing profit to over R10 billion and adding 500,000 subscribers in South Africa.

Headline earnings per share climbed from 128 cents to 496 cents for the year. A dividend of 565 cents per share was declared.

Blended average revenue per user (ARPU) was R185, with South African ARPU at R277 vs R115 for the Rest of Africa.

The group said that its growth in subscribers and revenue can be attributed to heightened consumer demand for video entertainment services and continued penetration of the mass market.

While the company did benefit from increased demand due to the Covid-19 pandemic, its operations were still negatively affected – particularly the impact of lockdown on production,  advertising, and the wider economic strain on commercial subscribers.

"The impact of Covid-19 and the associated lockdowns saw consumers prioritise video services, but a lack of live sport, combined with the inability of commercial subscribers to trade, negatively impacted revenue generation, especially early in the financial year," it said.

"Both advertising and commercial subscription revenues were significantly impacted by Covid-19. Advertising revenues were down 34% YoY (R600 million) at the interim stage, but with less lockdown intensity in the second half and the return of live sport, it recovered well, ending 11% down YoY at R2.8 billion.

"Similarly, commercial subscription revenues started to recover in the latter part of the financial year. At the interim stage it was down 46% but finished the year 35% lower than the prior year. The hospitality industry remains intermittent in its recovery due to lockdowns and is expected to take some time to normalise," it said.

Revenue in South Africa was relatively flat, growing at a mere 1% to R34.3 billion.

Revenue growth was supported by healthy subscriber growth in the middle and mass market, and the uplift from annual price increases – but this was negated by a lower average Premium subscriber base, it said.

Lower Premium subscriber numbers are mainly attributed to the lack of live sport for part of the financial year, Multichoice said.

Premium subscribers declined by 8% over the year, dropping to 1.4 million 90-day-actrive subscribers, down from 1.5 million in 2020.

While sports proved to be a big negative for Premium subscribers, uncertainty around sport events helped in other aspects, such as containing costs related to sports rights which had to be renegotiated.

"An ongoing focus on cost reduction allowed for a further R1.5 billion in costs being eliminated from the base during the year," Multichoice said. "Overall costs decreased 1% YoY (-3% organic) and resulted in the group accelerating operating leverage from 5% in the prior year to 7% in FY21.

"Major contributors to these savings were renegotiated sports rights, lower decoder unit costs, sourcing and procurement savings, and the benefits of ongoing digital adoption throughout the organisation."

Connected Video users on the DStv app and Showmax continue to grow as online consumption increases, it said, adding that local content is proving to be a key differentiator on Showmax, with local content viewership up significantly this year, and four of the top five titles on Showmax being local productions.