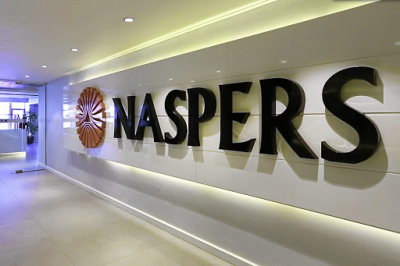 Naspers reported a 24% rise in profit for the year that ended 31 March, boosted primarily by the performance of its investment in China’s Tencent Holdings, the company said on Monday.

Africa’s biggest company by market capitalisation reported core headline earnings per share of US$8.14, up from $6.56 reported for the same period a year earlier.

Its 28.9% stake in the Chinese firm, which it holds through its Amsterdam-listed subsidiary Prosus, saw its profit grow by 33% in the financial year. Naspers holds 73% of Prosus, which houses all of its international assets.

Prosus, which also published annual results on Monday, reported a better than expected net profit of $7.45-billion for its financial year 2021 on Monday, also driven by strong returns at Tencent.

In FY21, we capitalised on an accelerated consumer shift to online food delivery, achieving 70% growth in gross merchandise value (GMV) and 127% growth in revenues," it said. iFood, majority-owned by Prosus, grew revenues more than 200% year-on-year.

In January 2021, the group invested in Helsinki-based Wolt, which has gone beyond restaurants and into the grocery and retail sectors.

In April 2021, we made our first direct investment in an online grocery business, Norwegian-based Oda. We followed this with an investment in Germany-based instant grocery delivery company Flink in June."

Analysts had seen net profit at $4.63-billion for the 12 months ended 31 March, up from $3.66-billion in the same period a year earlier, according to Refinitiv data. Prosus owns 28.9% of Tencent.

Twitter
More in this category: « Business can play a key role in 'building back better'. South Africa's consumer inflation hits the 30-month high. »
back to top