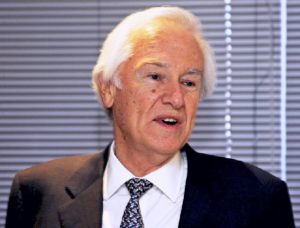 Allan Gray (Allan WB Gray) was born in 1938 in East London, South Africa. He was a business entrepreneur and philanthropist. He was also the founder and non executive director of Allan Gray Limited and Orbis Group.

In 1992, the firm was incorporated and changed its name to Allan Gray Limited. In 1996, the firm opened an office in Windhoek, Namibia.

In 1998, he started offering retail investment products. In 2004, the firm established an office in Gaborone, Botswana.

His social investment efforts are directed towards the Allan Gray Orbis Foundation and E2, which aim to educate potential entrepreneurs and provide them with financing. The Foundation is funded by an annual donation of 5% of Allan Gray Proprietary Limited’s pre-tax profit and a $150 million endowment from Allan. E2 owns 20% of Allan Gray Limited.

In 2007 he established the Allan Gray Foundation with a US $130 million endowment to fund bursaries and scholarships for talented South African high school students. This was the largest single recorded donation to a charity in South Africa at the time. In 1979 he founded the Allan and Gill Gray Charitable Trust. In 2016 he donated his entire stake in his company to the Allan and Gill Gray Charitable Trust so that dividends from his share in both the South African company and the Orbis Group can be exclusively used for philanthropic purposes.

2012: Honorary Doctor of Economic Science from the University of Cape Town.

It is with deep sadness that we share the news of the death of Allan William Buchanan Gray on 10 November 2019, of natural causes. Our first thoughts are with his family, and with them, as colleagues and friends, we are mourning the passing of a man who made an immeasurable impact on many lives as an entrepreneur, investor and philanthropist.

He has earned his rest.

Tweet
More in this category: « South Africa's annual manufacturing production fell for a fourth consecutive month in September. South African Airways (SAA) announced plans of restructuring which may lead to job losses. »
back to top