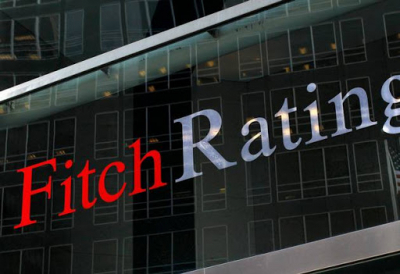 As South Africa begins to pick up the pieces in the wake of civil unrest and public looting that has gripped Gauteng and KwaZulu-Natal over the past week, investors will be tracking the aftermath and the government’s response on how it intends to get the economy back on track.

Fitch Ratings believes that the direct economic impact of riots in South Africa following the arrest of former president Jacob Zuma will be limited for the sovereign’s creditworthiness.

"However, the violence highlights tail risks to social and political stability and could affect fiscal policy, including public-sector wage negotiations, complicating efforts to stabilise the level of government debt/GDP," it said.

The ongoing unrest is affecting critical sectors such as transport, but Fitch noted that this is expected to fade soon with only transitory macroeconomic effects.

"Even if it escalates, the effects on the economy should be temporary and are unlikely to affect South Africa’s rating which we affirmed at 'BB-' with a Negative Outlook in May 2021.

"In fact, the economy has performed better than expected – we revised our forecast for economic growth in 2021 to 4.9% in June, from 4.3% in our May review, "the ratings group said.

It said that South Africa’s record on political stability is reasonable, as reflected by its score for this subcategory of the World Bank’s governance indicators in the 40th percentile, which is only marginally worse than the median of 43 for 'BB' category sovereigns.

"However, the violence underscores the risk that exceptionally high-income inequality and unemployment could jeopardise social and political stability over the medium to long term."

Fitch warned that the crisis in the country could also escalate long-standing tensions within the ruling African National Congress (ANC).

Our base case is that these will continue to complicate president Cyril Ramaphosa’s efforts to muster support for his policies. However, there is a small risk that a faction of Mr Zuma’s allies breaks from the ANC, having already suffered the suspension of its most prominent current leader, Ace Magashule, from his role as ANC secretary-general in May.”

The ANC has only 230 out of 400 seats in parliament, so defections could deprive it of a majority, with potentially significant ramifications for policymaking. Fitch said that an important test will be the national elective conference in December 2022, where president Ramaphosa will seek to be confirmed as the ANC leader and presidential candidate for the 2024 elections.

A greater near-term risk, it warned, is that public finances could be affected if the government reacts to the riots by easing fiscal policy.

The unrest could embolden public-sector trade unions in ongoing wage negotiations, while raising pressure on the government to accede to their demands to avoid damaging strikes, particularly just before the local elections in October," Fitch said.

It warned in May, that failure to implement fiscal consolidation measures that raise confidence in the government’s ability to stabilise fiscal debt/GDP over the medium term would be a factor that could lead to a rating downgrade.

The government has made only modest adjustments so far to its offer to public-sector workers, Fitch said. "However, it is not clear that the government’s current offer will satisfy the unions, and uncertainty about the key wage component within fiscal spending will linger if the wage agreement covers only one year."

An increase in wages that puts more strain on the budget could raise doubts about the feasibility of the government’s fiscal consolidation plans," Fitch said.

"Moreover, the evolution of the Covid-19 pandemic could provide further challenges to the public finances in the months ahead – although the economic impact of the latest infection wave appears to have been manageable so far, even as the human cost has mounted."

More in this category: « Retailers Pick n Pay and Woolworths,safety of staff and customers remains priority. Shoprite working around the clock to re-stock and rebuild affected stores. »
back to top