Shoprite working around the clock to re-stock and rebuild affected stores. 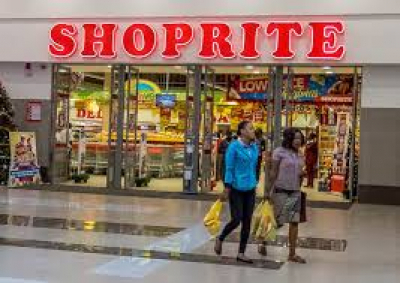 The Shoprite group says that some of its stores have been impacted by looting and violence in parts of Gauteng and KZN, but that outlets in other parts of the country are continuing to operate as normal.

In a statement on Thursday (15 July) the group, which owns major retailers Shoprite and Checkers, said that it was working around the clock to re-stock and rebuild affected stores in KZN and Gauteng where unrest erupted earlier this week.

The retailer said that it will re-open stores for business in these areas as soon as it is safe for both customers and employees.

In other parts of the country all the group’s stores are fully operational and fully stocked, it said.

"While we have been affected by the violence, looting, arson and vandalism, we are doing everything in our power to restock shelves as quickly as possible."

Shoprite further condemned the unrest and lawlessness which it said will affect the livelihoods and lives of millions of law-abiding citizens and which targets businesses, big and small, that make positive contributions to the economy and the creation of jobs.

"The mayhem and destruction are everyone’s loss, particularly in a country ravaged by a poor economy and joblessness, which have been exacerbated by the pandemic. The riots are only making our challenges, including food security, greater," it said.

"We are especially grateful to our loyal customers, many of whom have reached out and offered to help with clean-up operations and want to assure our customers that we are working day and night to continue to feed and support the nation."

Both Pick n Pay and Woolworths have also confirmed that some stores in Gauteng and KZN were impacted by the violence, but that the rest of the outlets across South Africa remained operational.

More in this category: « Riots in South Africa show link between political and fiscal risk - Fitch Rating Agency. Never been a better time to switch to Online Banking. »
back to top