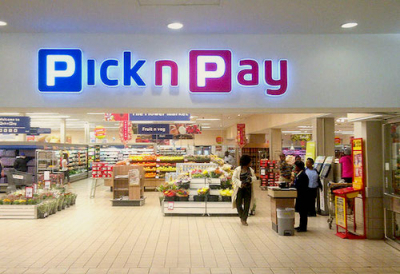 Boone said that the easing of restrictions will be especially beneficial to those businesses that have been severely impacted by recent looting and unrest in parts of the country.

"Speaking to franchisees and independent traders in the affected areas, I firmly believe that it is time now for the president to announce a lifting of the ban on liquor sales.

"We have hopefully passed the peak of the Covid-19 third wave.  In normal times, many independent shopkeepers depend on responsible liquor sales to sustain their businesses, and will not survive another prolonged ban."

Boone said that the social unrest, looting, and resulting damage has dealt these businesses a further body blow – while also releasing a large amount of looted liquor into the illicit market.

"Lifting the ban will be widely welcomed across the country as a positive and responsible step forward in our recovery from the events of last week."

"We are working very hard in anticipation of this step. By the end of next week, we will have repaired and be ready to reopen 28 of our 76 severely damaged liquor stores in KZN and Gauteng."

South Africa moved to an adjusted level 4 lockdown at the end of June, with a complete prohibition on the sale of alcohol.

The alcohol industry has faced various forms of restrictions since South Africa introduced its first Covid-19 restrictions in March 2020, with the government arguing that alcohol consumption leads to increased strain on the country’s hospitals.

Estimates show that the latest four-week ban has placed 9,206 jobs in the alcohol industry at risk, with a potential loss of R10.2 billion in taxes and excise duties.

This follows three previous bans which resulted in over 7,400 jobs lost in the beer industry alone, R14.2 billion in lost beer sales revenue, and a loss of more than R7.8 billion in tax and excise duties.

Boone said that the Pick n Pay Group updated stakeholders earlier this week on the damage to Pick n Pay and Boxer stores as a result of the social unrest and looting.

In total, 136 food, grocery, clothing and building stores were looted and/or burned, along with 76 liquor stores, across KwaZulu-Natal and Gauteng.

"The scale and the nature of the destruction is heart breaking.  But I have been inspired by the progress made by our Pick n Pay and Boxer teams in the noble task of cleaning up, rebuilding, and restocking our stores – getting them ready to welcome customers again.

More in this category: « Rating agency Moody's downgrades SA metros to junk status. Reserve Bank keeps repo on hold, but warns of unrest impact on growth. »
back to top