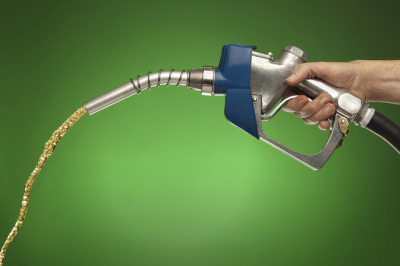 However, the Automobile Association (AA) warns that rising oil prices and a weakening rand could flip this around before month-end.

The Central Energy Fund (CEF) has stressed that the daily snapshots are not predictive, and do not cover other potential changes like slate levy adjustments or retail margin changes which are determined by the department.

The Department of Energy makes adjustments based on a review of the full period. Furthermore, the outlook can change significantly before month-end.

At mid-September, a stronger ZAR/USD exchange rate is contributing to an over-recovery of around 22 cents per litre for all fuel types, with changes to international product prices undercutting these gains.

The rand depreciated by around 1% to R14.50 against the dollar since Monday, its lowest level since the start of the month, noted Citadel Global.

The local unit has been pressured by weak domestic data and a more pessimistic economic outlook for the country, but has also largely taken direction from US markets.

"A decline in retail sales in July coupled with poor manufacturing data last week raised concerns about the extent of the impact of social unrest and tighter lockdown restrictions on South Africa’s economy in the third quarter," it said.

"This was despite the fact that President Cyril Ramaphosa announced the relaxation of Covid-19 lockdown restrictions in South Africa to level 2, shortly after the unrest."

At the same time, market sentiment continued to be hit by persistent fears of a slowdown in global growth due to the fast-spreading delta variant and the prospect of an early tapering of US Fed stimulus, it said.

The AA noted that while the rand/dollar exchange rate was flat for much of the first half of September, recent weakening, combined with higher international petroleum prices, could push fuel prices into negative territory by month-end.

Until government manages domestic policy more effectively, the Rand will continue to expose South Africans to the full brunt of bullish oil prices, meaning South Africans are not getting fuel as cheaply as they could be," it said.

US Oil prices drew back to around $72.60 a barrel on Thursday, having touched a two-and-a-half-month high of $73.14 a barrel earlier in the week. Brent crude is at around $75 a barrel.