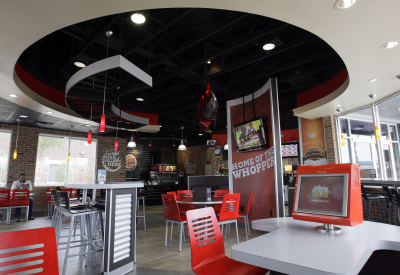 The Competition Tribunal has given the green light to the acquisition of Burger King South Africa (BKSA) by a private equity fund.

Licence owner, Grand Parade Investments, can now move ahead with the disposal of the brand to pan-African private equity firm Emerging Capital Partners (ECP) – pending all the final approvals.

The deal was initially denied approval in June with the Competition Commission citing a lack of BEE credentials.

The basis of the decision was not as a result of concerns around competition, but that "the proposed merger cannot be justified on substantial public interest grounds".

The commission said that the proposed merger would have a "substantial negative effect on the promotion of greater spread of ownership", in particular to increase the levels of ownership by historically disadvantaged persons in firms in the market as contemplated in section 12A(3)(e) of the Competition Act".

It noted that the holding of historically disadvantaged persons would drop from 68% to zero.

The GPI and ECP approached the Competition Tribunal with a set of renegotiated conditions in August.

"GPI is pleased to advise shareholders that the Competition Tribunal approved the proposed transaction on 17 September 2021," Grand Parade said.

However, the approval does not come cheap. According to GPI, Burger King will have to meet several costly requirements within five years of the deal going through. This includes:

In addition to these conditions, Burger King South Africa will also need to establish an employee share ownership program for an effective 5% interest in BKSA, and ECP Africa Fund will have to dispose of Grand Foods Meat Plant.

Grand Parade announced plans to sell the Burger King SA and meat plant companies in 2020, as part of the group’s strategy to focus on operations that would unlock value for shareholders.

The initial price for the franchise was R670 million, but following the Covid-19 pandemic which sent fast food chains and restaurants into crisis, Burger King SA was revalued at R570 million, while the meat plant carried a revaluation of R23 million, down from R27 million, before.