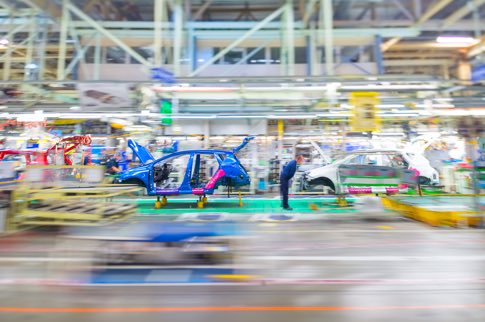 Japan’s biggest automaker,Toyota posted an 8.7% rise in operating profit to 741.9 billion yen ($6.93 billion) in the April-June quarter, its highest since the September 2015 quarter, helped by a slight increase in vehicle sales.

But it lowered its forecast for annual operating profit to 2.4 trillion yen from a previous forecast of 2.55 trillion yen, as it expects a stronger yen to weigh on profits. The new forecast compared with an average 2.61 trillion yen estimated by analysts.

Toyota expects the yen to trade around 106 to the U.S. dollar and 121 to the euro in the financial year, from a previous assumption of 110 yen and 123 yen, respectively.

Tweet
More in this category: « Woolworths wrote down the value of its Australian arm David Jones for the second time We must accept that South Africa's economy is in crisis »
back to top