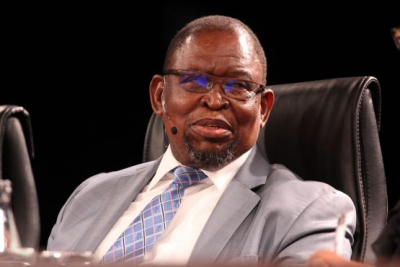 Answering in a written parliamentary Q&A this week, Godongwana said that these amendments address many long-standing inequities in South Africa’s residency-based tax system.

In the past, tax administration of foreign incomes and taxpayers’ movement was hampered by a lack of jurisdictional assistance and poor information beyond the jurisdiction of any tax authority, he said.

"The international sharing of information between tax authorities is enabling revenue collection options that were long difficult to pursue, even in cases where South Africa may have had taxing rights in principle.

Our recent amendments, that some colloquially and inaccurately refer to as an 'expat tax' or 'exit tax', remove exemptions that have benefited South African tax residents who spend a portion of their time in employment out of the country.”

This means that any increases in the tax liabilities faced by those taxpayers arise from stopping generous exemptions rather than the imposition of new taxes, Godongwana said.

National Treasury published the latest Draft Tax Bills on 28 July 2021, which incorporate the tax proposals made in the 2021 Budget.

Due to come into operation on 1 March 2022, this proposed amendment would be a further blow to South Africans wanting to cease their tax residency, following the three-year lock-in rule imposed on retirement annuities earlier this year, said specialist advisory firm Tax Consulting SA said.

"The rule stated that individuals must be non-residents for tax purposes for three consecutive years before being allowed to withdraw their funds in full,: the firm said.

"This creates a mismatch between withdrawal and the actual date of ceasing tax residency, which necessitated this latest amendment."

Spending, not collecting, is the issue

Answering whether these additional revenues could be lost through ’embezzlement, rampant corruption and mismanagement’, Godongwana said that section 213 of the Constitution requires that all revenue collected from a national tax or levy must be paid into the National Revenue Fund (NRF)

Further, money can only be withdrawn from the NRF via an appropriation or direct charge in terms of an Act of Parliament. The NRF is also annually subject to an audit, and its financial statements are tabled in parliament every year, he said.

"The Treasury is able to assure the country that the flow of revenue from SARS after it has received the revenue due from taxpayers to the NRF is safe and there is little risk of losses through corruption and embezzlement."

The biggest scope and risk of corruption occurs once funds are allocated from the NRF to organs of state in terms of the budget, when it is up to the accounting officer or accounting authority to manage the spending of budgeted funds, including their procurement processes, in terms of the Public Finance Management Act or Municipal Finance Management Act."

It is in this spending and procurement phase that government needs to improve its mechanisms to keep funds safe and ensure that all spending is in line with budgeted objectives and that the state gets full value-for-money, he said.

More in this category: « IMF revises South Africa's growth outlook up to 5%. Ethiopian Airlines partners with South Africa’s Airlink. »
back to top