Eskom on track to split generation and transmission by year end. 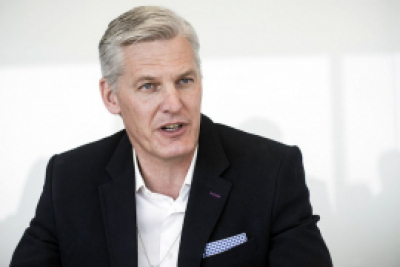 Eskom CEO Andre de Ruyter says the power utility is on track to split its generation and transmission divisions by the end of the year, although some government and regulatory approvals are still pending.

President Cyril Ramaphosa announced in 2019 that the debt-laden company would be split into three divisions — generation, transmission and distribution — to better manage a company that has relied heavily on government bailouts and frequently implements nationwide power cuts.

As per the approved plan, Eskom has to legally separate its generation and transmission divisions by the end of December 2021 and the distribution division by December 2022.

"We are on track to meet all of the Eskom targets for the legal separation of our transmission business by the end of the year," said De Ruyter, while adding government and regulatory approvals were still pending.

The country’s power regulator needs to grant a licence to the proposed transmission company before it can start operating and Eskom is exploring legal options to see the business can still operate while the licence award is awaited, De Ruyter said.

For the transmission company to be operational, the country’s Electricity Regulation Act also needs to be amended, which could take 12-18 months, the CEO said, adding options to overcome the lengthy process are also being studied.

Eskom, which had over R400-billion of debt at the end of March, runs an ageing fleet of 15 coal-fired power plants, with a nominal capacity of up to 47GW. It meets up to 90% of the country’s power demand.

The power utility,which has come under severe criticism after a implementing intermittent bouts of load-shedding recently, has increased surveillance at its power stations to uncover possible acts of negligence or sabotage.

More in this category: « Absa removes Sipho Pityana as lead independent director. Godongwana enters the fray over the state of Eskom and performance of the CEO. »
back to top