Godongwana enters the fray over the state of Eskom and performance of the CEO. 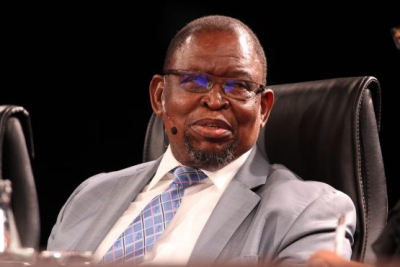 Finance minister Enoch Godongwana has voiced his concern over the state of power utility Eskom, pointing to studies that show that there have been more power cuts than ever before under current chief executive, André de Ruyter.

Godongwana told the Sunday Times that the current boss was given the luxury of taking generating units offline for planned maintenance.

Data published by the Council for Scientific and Industrial Research (CSIR) showed that load-shedding under De Ruyter has been the worst South Africa has ever seen.

A report published by the CSIR in 2020, stated that the total economic impact of load shedding in South Africa over the past 10 years could be as high as R338 billion. It highlighted that, during 2019, load-shedding cost the country between R60 billion and R120 billion.

De Ruyter was appointed in January 2020.

Godongwana has said that the focus on fixing Eskom over the past 13 years rather than fixing the country’s grid was a mistake. "One of the things we need to talk about is how do you bring power to the grid," he told the publication.

The 25 projects in this window promise to generate over 2,500MW of electricity at 47.3 cents per kilowatt. "This is the cheapest rate achieved in the history of the programme and is among the lowest rates achieved worldwide," Godongwana told Parliament.

"Over the long term, creating a competitive energy market will help contain costs of generating electricity and support GDP growth."

Godongwana reportedly declined to say whether he supports calls for the removal of De Ruyter, saying only that it is not his place to make such a decision.

The finance lead noted that the electricity, gas and water sector grew by 5.8% in the first six months of the year compared with the same period in 2020.

"Generation capacity, however, remains constrained. A large number of unplanned outages, and explosions at the Medupi and Kendal power stations, reflect the deterioration in Eskom’s plant performance. The risk of power cuts remains high, he lamented in his budgetary speech earlier this week.

"This is also evident in the downward trend of the energy availability factor (which measured 63 in 2021, compared with 65 in 2020). Raising the licensing threshold for embedded generation will support higher investment, reduce pressure on the grid and lower the risk of load-shedding from late 2022. However, inadequate electricity supply will remain a binding constraint on economic recovery in the near term,"he said.

Godongwana said that Eskom continues to pose a significant risk to the public finances, as it relies on government guarantees to finance its operations.

To enable Eskom to execute its borrowing plan, the Minister of Finance approved a special dispensation to allow Eskom to access additional guaranteed debt of R42 billion in 2021/22 and R25 billion in 2022/23, which falls within its existing guarantee facility, the minister said.

He added that the utility has made progress in its unbundling plan by establishing a transmission company that is now registered with the Companies and Intellectual Property Commission. He said that Eskom has developed a new corporate structure and allocated debt between its proposed electricity generation, transmission and distribution entities.

This proposed restructuring needs to be approved by lenders. The utility has a deadline of 31 December 2021 to complete legal separation of the transmission unit, with the other two units following in the next 12 months.

De Ruyter said in a daily press briefing on Friday that Eskom is on track to unbundle into three separate entities by the end of the year.

More in this category: « Eskom on track to split generation and transmission by year end. Heineken buys South African Distell for R38.4 billion. »
back to top