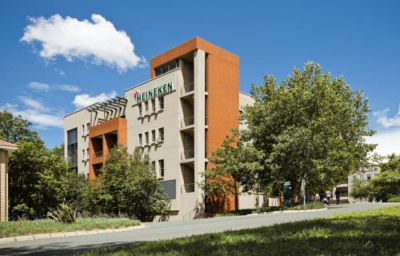 The Dutch brewer made an offer of R180 a share that’s been recommended by Distell’s board, according to a statement on Monday. Heineken will also look to buy a majority stake in the owner of Namibia Breweries, a regional partner, the brewer said.

The move will form a Heineken majority-owned entity with a total valuation of about 4 billion euros, the company said. The firm will produce the brewer’s signature lager and Namibia’s Windhoek, plus Distell staples such as Klipdrift brandy and Savanna cider and a number of wines for export.

Distell shares fell 5.1% to R173.36 in early trade in Johannesburg. The deal still requires shareholder approval. The stock traded at R182.59 at Friday’s close, above the offer price.

The deal sees Van den Brink, who became CEO in June of last year, accelerate the decades-long strategy of his predecessor Jean-Francois van Boxmeer, who sought to tap growth opportunities on the continent by investing hundreds of millions of euros in promising markets such as Cote d’Ivoire, Nigeria and South Africa. Heineken is also looking to counter plunging beer sales in Asia.

The purchase is expected to boost earnings in the first year after completion, Heineken said. The move comes a few years after AB InBev bought South African Breweries, the country’s largest beermaker, as part of its megadeal for SABMiller Plc.

Remgro Ltd., an investment vehicle of South African billionaire Johann Rupert, said it would vote in favor of the transaction. The company and the Public Investment Corp, Africa’s biggest money manager, each hold a little more than 30% of Distell, according to data compiled by Bloomberg.

Namibia Breweries, the market leader in the southwest African country, exports to 17 countries excluding South Africa. It will remain listed on the Namibian Stock Exchange, with public shareholders continuing to hold a minority stake.

More in this category: « Godongwana enters the fray over the state of Eskom and performance of the CEO. Black Friday frenzy: Survival guide to careful shopping. »
back to top