Tax hikes on the cards to raise funding for other social programmes. 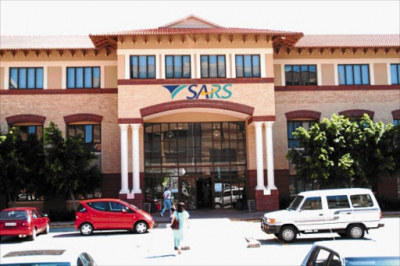 Presenting to parliament on Tuesday (22 March), Treasury’s Ismail Momoniat explained that this type of recurring spending cannot be funded by borrowing money, but would have to be drawn from new revenues in the tax system.

He added that permanent tax increases will also be necessary to fund other social programmes such as the planned National Health Insurance (NHI) scheme – meaning the government will have to carefully consider who and what it taxes.

Momoniat said that the country’s fiscal outlook is already subject to significant risks, even before accounting for Russia’s invasion of Ukraine and its impact on global markets.

These include weakening of global or domestic economic growth, rising global borrowing costs, the possibility of higher public‐service wage costs, and the poor financial condition of several major state‐owned companies," he said.

He added that economic growth remains low, with Treasury projecting real economic growth of 2.1%  in 2022, the year in which the economy is expected to return to pre-Covid-19 pandemic production levels. GDP growth is further expected to average 1.8%  over the next three years, he said.

While it is not clear how the government will fund a permanent basic income grant, experts and economists have indicated that it will almost certainly require tax increases.

A report published by an expert panel on basic income support in December 2021 mooted possible VAT or income tax hikes to pay for the additional costs.

A separate report by the National Economic Development and Labour Council (Nedlac) in January found that a solidarity or wealth tax could be introduced as a long-term generator, but that income tax, corporate tax, and VAT hikes would likely be needed in the short-term for the BIG to be feasible if it plans to raise additional revenue more immediately.

"Given the significance of the cost of a universal BIG, alternative sources of taxation such as those mentioned above, should be assessed for viability in financing partially or wholly the implementation of a BIG," Nedlac said.

"However, such alternative sources of taxation may only be practically implemented over the medium term, therefore PIT, CIT and VAT remain the alternatives over the short-term if the implementation of a BIG takes place within the short-term."

There is also no clarity on how the proposed NHI will be funded – or even what it will cost the country’s ficus.

Finance minister Enoch Godongwana says the government has not updated the cost model of the proposed National Health Insurance (NHI) scheme since the 2019/2020 financial year.

Responding in a recent written parliamentary Q&A, Godongwana said this means the economic impact of the Covid-19 pandemic has thus not been factored into the cost model for the scheme.

The most recent data, published in section 8 of the explanatory memorandum to the NHI Bill and the 2019 Medium Term Budget Policy Statement, modelled the medium-term cost of specific NHI interventions at approximately R33 billion per annum by the fifth year.

More in this category: « Comair switches line maintenance of its airliners to SAA Technical. Government plans to 'localise' petrol to lower costs. »
back to top