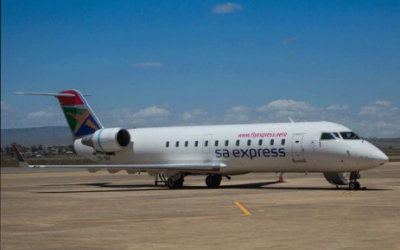 The business rescue practitioners of South African Airways (SAA) have been granted an extension until March to publish their plan to save the embattled flag carrier from liquidation.

SAA was placed under business rescue in December and the plan detailing the turnaround was set to be published before the end of February.

But on Friday, just one day before the deadline, business rescue practitioners Siviwe Dongwana and Les Matuson announced they had been granted an extension to the end of March following a vote by a majority of creditors .

“We are still in the process of finalising the steps to implement the proposed restructuring option as well as the anticipated effect the plan will have on stakeholders, including the estimated return to creditors,” the BRPs said.

“We believe that a further extension of one month will allow for sufficient time for us to finalise the plan, given the complexity and extent of engagement that is required in a business of this size."

During the month of March, the BRPs will communicate the plan to the creditors committee, the employees committee and government. Following these engagements, they will then publish the final plan before March 31.

Tweet
More in this category: « MTN launches Traveller Bundles for the International Tourists . The price of petrol will drop by 19 cents per litre in March. »
back to top