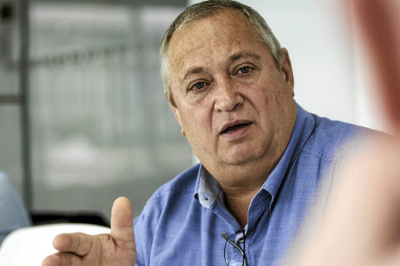 Mining company Sibanye-Stillwater on Friday gave gold mine workers a higher wage offer, a month and a half into a strike at its gold operations in the country.

The three-year offer will result in category four to eight employees receiving an increase of R850 in year 1, R850 in year 2 and R850 in year 3 which includes a R50 increase in the living out allowance each year.

Miners, artisans and officials will receive an increase of 5% in years 1, 2 and 3.

The offer amounts to a 7.8% increase to the basic wage in year one, 7.2% in year two and 6.8% in year three for entry-level category four employees.

In rand terms, this offer would mean that over the next three years, the average monthly *guaranteed income including the average bonus for category four underground production employees would increase by R1 045 each year from R17 512 to R20 648 by July 1, 2023.

The final settlement offer will increase Sibanye's wage bill at its gold operations by R1.67-billion by July 1.

If accepted, the offer will be extended to all employees in the bargaining unit irrespective of union affiliation. Solidarity and Uasa previously accepted Sibanye's wage offer, while the National Union of Mineworkers (NUM) and the  Association of Mineworkers and Construction Union (AMCU) elected to strike.

"As of today, the strike has continued for 45 days. Striking employees have lost around R990-million, while government has lost approximately R113-million in pay-as-you-earn income tax and salary related levies, and significantly more in lost taxes and mining royalties.

"Our offer is fair, takes into account inflationary living costs, considers the sustainability of the South African gold operations and is in the interests of all stakeholders. We urge employees to carefully consider the offer we have made and to ensure that their voices are heard, "Sibanye EVP for the gold operations Richard Cox said.

The NUM and AMCU earlier on April 22 suspended a planned march to the JSE, opting instead to hold a joint mass meeting of their members at Sibanye's Carletonville-based Driefontein mine.

Another joint mass meeting was scheduled to be held at the Beatrix mine on April 25.

Meanwhile the board of diversified miner Sibanye-Stillwater has approved a new fund called the BioniCCubE to foster research and development (R&D) of new innovations and technologies, as well as market development, by investing in and leveraging strategic partnerships.

"This will support the company on our path to embracing digital technology and becoming a climate-change-resilient business as a leading supplier of green metals and energy solutions," Sibanye CEO Neal Froneman and chairperson Dr Vincent Maphai said jointly in Sibanye’s 2021 Integrated Report.

BioniCCubE will operate as a closed-end fund, fully financed by Sibanye with a capital budget of up to 1.5% a year of group-adjusted earnings before interest, taxes, depreciation and amortisation for appropriate investments.

More in this category: « Rand set for worst week since pandemic and there may be worse to come. Total Energies, Shell in fresh SA oil exploration bid. »
back to top