Investment holding company PSG holds on to dividend as it plans delisting. 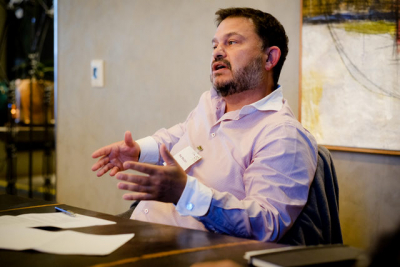 PSG Group says that if all goes according to plan, its restructuring and value-unlocking initiative should be concluded successfully by the end of August this year.

This follows an announcement on 1 March 2022 that the group is to pursue a major restructuring as a value-unlocking initiative for the benefit of all PSG Group shareholders, following which the group will be delisted from the JSE.

PSG Group is an investment holding company consisting of underlying investments that operate across a diverse range of industries, which include financial services, education and food and related business, as well as early-stage investments in select growth sectors.

Addressing PSG Group shareholders and analysts via a virtual presentation today and announcing the group's financial results for the year to 28 February 2022, CEO Piet Mouton said the group so far received positive feedback from shareholders regarding the value-unlocking initiative.

It entails the unbundling of PSG Group's shareholding in JSE-listed PSG Konsult, Curro, Kaap Agri, CA Sales Holdings (CA&S), as well as 25.1% of the total issued shares in Stadio.

The proposed transaction represented a 41% premium for exiting PSG Group shareholders, calculated as at the close of business on 28 February 2022, the day before the detailed cautionary announcement regarding the major restructuring as value-unlocking initiative was made.

The group in the meantime achieved strong financial results for the year under review with a 36% increase in its Sum-of-the-Parts (SOTP) value from R94.24 to R127.88 per PSG Group share. Given the change in PSG Group’s accounting status in 2020 to that of an Investment Entity, the increase in SOTP value per share is its key performance metric.

The results do not yet account for the proposed PSG Group restructuring, as well as all the associated tax and restructuring costs. 91% of the SOTP investment value is calculated using exchange-listed share prices, while other investments are included at internal valuations.

The group's policy is to pay ad hoc dividends as and when deemed appropriate. With due consideration to the restructuring of the group, no ad hoc dividend was declared for the year under review.

PSG Konsult, a financial services company focused on providing wealth management, asset management and insurance solutions to clients, reported a 32% increase in recurring headline earnings per share for the year under review following strong performance from the Asset Management division in particular, and solid performance from the Wealth and Insure divisions.

Curro, a provider of private school education in southern Africa, reported an 8% increase in recurring headline earnings per share for the year to December 2021.

Zeder Investments, an investor in the broad agribusiness industry, subsequent to its year-end of February 2022 unbundled its entire interest in Kaap Agri to shareholders and the interest so obtained by PSG Group will be distributed as part of the proposed PSG Group restructuring, if successfully concluded.

Zeder also declared a special dividend of 92.5 cents per share pursuant to the disposal of its investment in The Logistics Group.

"The significant discount at which PSG Group has been trading to its SOTP value in recent years, has necessitated a strategic rethink to do what is best for PSG Group shareholders by unlocking such discount to the extent possible.

"For this reason, we are investigating the restructuring of the group, which if approved, should result in signiﬁcant value being unlocked for PSG Group shareholders," Mouton said.

More in this category: « Total Energies, Shell in fresh SA oil exploration bid. Twitter confirms sale of company to Elon Musk for $44 billion. »
back to top