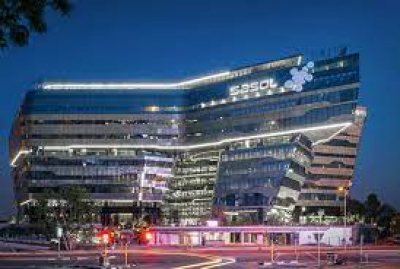 Sasol has declared force majeure on the export of certain chemical products as the heavy rainfall and floods in KwaZulu-Natal have impacted the business.

The group, a producer of synthetic fuels and chemicals, said its quarterly volume outlook may also be impacted "subject to the extent of infrastructure damage and the timing of the recovery and restoration of key infrastructure and utilities".

Force majeure frees parties from contractual obligations in the case of an extraordinary event which prevents them from performing.

In a production and sales update for the nine months ended March 31, Sasol says higher crude oil prices, a favourable macroeconomic environment, the revision of its margins as well as chemical prices in the face of heightened geopolitical tensions have supported the group’s performance during the period.

Despite seeing operational challenges in its mining division in December last year, the group says it remains on track to achieve its volume targets for the 2022 full year across most of its segment, thanks to an improvement in operations in the third quarter of the period.

According to the group, the energy business has since December 2021 registered a much stronger performance, characterised by a improved stability to operations and increased levels of productivity.

Sasol says its mining operations are well on the way to improvement and that its coal stockpile remains on track to reach 1.3 – 1.5 million tonnes by the end of June and achieve higher productivity in the third quarter.

The group also saw a 28% rise in sales revenue in its chemicals external operations on the previous comparable period, driven by higher average sales prices and offset by lower sales volumes.

Despite having an improved balance sheet Sasol says more work still needs to be done after its leverage at the end of December 2021 remained above the desired levels.

This, along with ongoing volatility as well as an uncertain macroeconomic outlook supports the group’s decision to keep its hedging programme in place.

The group says it expects to see this decrease even more in future as it continues to strengthen its balance sheet and is able to absorb more downside risk.

"On the back of the recent increase in oil prices as a result of the Russia/Ukraine conflict, Sasol has progressed the implementation of the financial year 2023 hedging strategy and has now executed 85% of the oil hedging mandate. This uses zero costs collars to provide downside protection below ~ US$63,03 per barrel together with a higher cap of ~ US$91,62 per barrel," Sasol said.