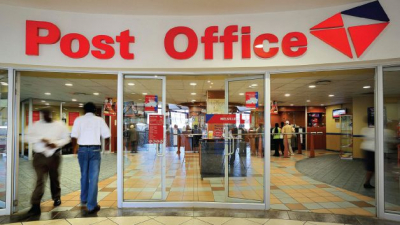 The SA Post Office expects to make a loss of about R1 billion for the financial year ending 31 March 2020.

This is despite having received R8-billion in government bailouts over the past four years.

The Post Office took over the social grant payments from Cash Paymaster Services two years ago. And major cost drivers are cash-in-transit and security fees.

"This is not due to losses on the Sassa project," said Sapo's Acting Group Ceo, Ivumile Nongogo,at a press briefing in Pretoria.

Nongogo said the Sapo corporate plan was intended to address the losses quite aggressively so that the loss in the 2020/2021 financial year would be lower.

He noted that Sapo had not actively begun discussions on retrenchments and this might not be necessary if it were able to increase its revenue. He conceded, however, that the organisation was perhaps “inappropriately” staffed and reskilling would be necessary to ensure that staff were productively employed. Staff costs represent more than 70% of revenue.

Meanwhile CEO Lindiwe Kwele was suspended after just four months in the role, after Sapo received a whistle-blower’s report containing allegations against her including conflicts of interest and irregular extensions of contracts.

Kwele had taken over from Mark Barnes, who resigned in August after clashing with the board and the government over their decision to hive off Postbank, the financial services arm of the Post Office, with ambitions to become a fully fledged bank.

Kwele’s lawyer Eric Mabuza, has said his client is challenging the suspension, maintaining that it is unlawful.

Twitter
More in this category: « The price of petrol will drop by 19 cents per litre in March. Anglo American Platinum declared force majeure, cuts its output forecast. »
back to top