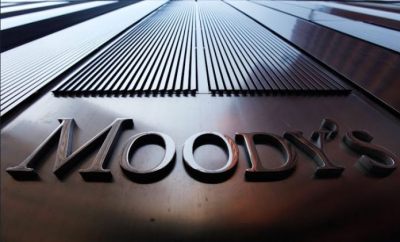 Moody’s credit ratings agency has lowered its growth forecast for SA to 0.4% down from 0.7%, as it revised down its expectations across the G20 countries, in the wake of the coronavirus outbreak.

“The global spread of the coronavirus is resulting in simultaneous supply and demand shocks,” Moody’s senior credit officer Madhavi Bokil, said in a report. “We expect these shocks to materially slow economic activity, particularly in the first half of this year.”

In mid-February, Moody’s cut SA’s growth forecast to 0.7% for 2020 citing local challenges, including load-shedding by Eskom, for its decision. Moody’s, however, retained its expectations for SA growth in 2021, at 0.9%.

The virus which began in Wuhan, China — has wreaked havoc on global markets as fears over supply chain disruptions and negative effects to global growth intensify. SA confirmed its first case in KwaZulu-Natal on Thursday.

The full extent of the economic costs will be unclear for some time, Bokil said. “Fear of contagion will dampen consumer and business activity. The longer it takes for households and businesses to resume normal activity, the greater the economic impact.”

Since the coronavirus outbreak began in the central Chinese city of Wuhan in December, it has infected almost 100 000 people worldwide and killed more than 3 000, mostly in China.