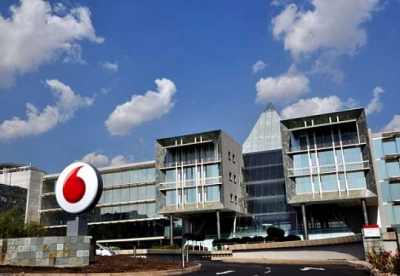 Vodacom Group on Monday (16 May) reported a 4.5% increase in revenue to R102.7 billion for the year ended March 2022, and delivered a dividend of R8.50 per share, up marginally from the prior year.

The group said that headline earnings per share improved by 3.4% to 1,013 cents per share, while operating profit increased 2.1%, to R28.2 billion.

In South Africa, revenue grew by 5.3% to R80.8 billion on the back of growth in new services, continued demand for connectivity and incremental wholesale revenue.

In the quarter, service revenue growth was 3.3%, supported by a strong performance in Vodacom Business, it said.

"We are pleased with the result given the strong prior-year comparative, which was associated with more stringent lockdowns. We added 1.1 million prepaid customers in the year and focused our efforts on keeping customers engaged and active on the network for additional days," said Shameel Joosub, Vodacom Group CEO.

Higher customer engagement supported prepaid ARPU of R56, which was above the pre-Covid-19 level of R54, he said.

The average usage per smart device increased by 14% to 2.4GB per month, he said.

Through the proposed acquisition of a 30% stake in Community Investment Ventures Holdings (CIVH) fibre assets, Vodacom said it will gain exposure to highly attractive and fast-growing businesses and South Africa’s largest open-access fibre players including Vumatel and Dark Fibre Africa.

Revenue generated from financial services was up 12.4% to R2.7 billion, while Vodacom Business service revenue increased by 11.6% to R17.7 billion, driven by continued demand for innovative work-from-home solutions and sustained growth in fixed-line services, the group said.

"IoT remains an important new service growth driver with connections up 17.3% to 6.6 million, and revenue growth at 31.5% to R1.4 billion. In the quarter, Vodacom Business service revenue grew 9.6%, "said Joosub.

"The past year is best described as being a watershed year for Vodacom in which we made significant strides in our transition to a pan-African technology company through the two significant proposed strategic acquisitions we announced in November last year and the commercial launch of our consortium in Ethiopia this year.

"The purchase of a 55% stake in Vodafone Egypt, which has a proven track record of consistently delivering strong revenue growth, is nearing conclusion and will help us promote greater digital and financial inclusion in Egypt through leveraging our financial services platforms, global partnerships and best practices."

Looking ahead, the chief executive said that the Ukraine-Russian war has significantly impacted commodity prices, heightening inflation risk globally which will likely impact customer affordability and weigh on economic growth.

"This will place even greater reliance on our ability to deliver personalised nano pricing through our innovative 'Just4You' platform, in addition to other proactive innovations to adjust to shifts in customer behaviour.

More in this category: « Economists predict big rate hike with an announcement expected on Thursday. SA Reserve Bank places Ubank under curatorship. »
back to top