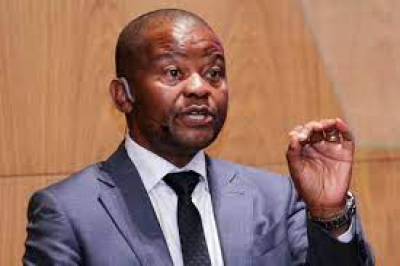 The High Court dismissed the applications by Peter Moyo (former CEO of Old Mutual) to have the non-executive members of Old Mutual board declared delinquent and in contempt of court.

Moyo, fired in June 2019, despite a full bench court ruling in 2020 that his dismissal was lawful, Moyo still contended it wasn't.

A full bench of the Gauteng Local Division of the High Court dismissed the applications with costs.

In the latest judgment of this very drawn-out case, the Honourable Justices Raulinga, Twala and Opperman found that Old Mutual had not unlawfully defied the initial order reinstating Peter Moyo on an interim basis, pending the finalisation of his legal proceedings against Old Mutual. Old Mutual had acted in good faith, they said, and on the basis of reasonable legal advice, Old Mutual said in an announcement.

The Court also found that Old Mutual had again acted within the law when it terminated Moyo's employment for the second time.

The Court also ruled that the views expressed on Old Mutual's behalf on the initial interim order were not contemptuous or disrespectful of the judiciary, and did not undermine the integrity of the courts.

Moyo's attempt to have the directors declared delinquent was similarly dismissed by the Court. The judges found that the breakdown in the relationship between the board and Moyo not only entitled the board to terminate his appointment, but obliged them to do so, said the insurer.

The Court concluded that Moyo had breached his fiduciary duties to Old Mutual. The Court further confirmed that although he was not entitled, in terms of his contract or under the common law, to a disciplinary enquiry before the termination of his employment, the board had afforded him an "ample hearing" and terminated Moyo’s contract "only after it had concluded…on reasonable grounds that he had been guilty of egregious misconduct and could no longer be trusted to serve the best interests of Old Mutual".

Ultimately, the Court found that there was no transgression of the Companies Act by Old Mutual's directors, read the announcement.