Economists warns of more price increases outside of food and fuel. 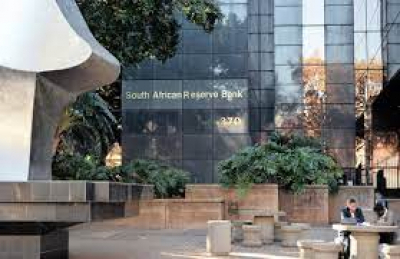 The Monetary Policy Committee (MPC) increased the repo rate by 50 basis points to 4.75%, following on from its prior three 25 basis point hikes since embarking on the current hiking cycle.

Four MPC members voted in favour, with one preferring a 25 basis point increase.

The South African Reserve Bank (SARB) once again lowered its forecast for global growth, to 3.5% from 3.7% in March, with the war in Ukraine and the continued spread of Omicron still weighing on economic activity, said Reza Hendrickse, portfolio manager at PPS Investments.

"This, together with upside risks to local headline and underlying inflation starting to materialise, prompted the SA Reserve Bank (SARB) Monetary Policy Committee (MPC) to raise interest rates by the largest increment since January 2016."

The SARB continues to view risks to the inflation trajectory as being to the upside in the near term, given the threat of sustained higher oil prices and a spillover into food prices, said Packirisamy.

The SARB’s growth forecast for the local economy for 2022 was revised lower from 2% to 1.7%, while its estimates for 2023 and 2024 remained unchanged at 1.9%. The SARB still views risks to its growth projections as being balanced given the potential positive effects of higher commodity export prices.

The SARB revealed that while at the March 2022 rate-setting meeting two members considered raising interest rates by 50 basis points, this time around four members were in favour of the proposed move.

In our opinion, increased risks to local growth and the prospects for employment creation posed by a severely strained electricity system locally, a concerning slowdown in high-frequency activity data out of China, and diminishing tailwinds from commodity prices.

"(This) may urge the SARB to revert to withdrawing monetary policy accommodation more gradually, by returning to interest rate increments of 25 basis points," said Packirisamy.

The level of SARB interest rate normalisation are likely to feed through into underlying inflationary pressures in the economy, by stoking higher wage growth and prompting more broad-based price increases outside of food and fuel.

Tatonga Rusike, Sub-Saharan Africa economist at Bank of America, said: "If you are going to go vegan, teetotal, and eat healthily, you are likely to avoid the price pressures at present."

April inflation data shows that some of the pain points of price increases both month to month and year on year are in meat products, fatty oils, and alcoholic beverages. Bread and cereals pain is still to come.

“It is probably worthwhile to eat fruits and vegetables, at home, and be in touch with loved ones as communication costs fall. Sadly, high fuel price increases and electricity costs are less avoidable, and even higher costs are on their way.”

"It also revised lower its expectation for domestic economic growth this year, from 1.7% to 2.0%, citing the impact of the KZN floods as well as ongoing electricity supply constraints. The risks to the medium-term growth outlook continues to be viewed as balanced, while inflation on the other hand has been trending higher, "said Hendrickse.

Headline inflation is expected to breach the top end of the inflation target band during the second quarter, the portfolio lead said.

Jeff Schultz, senior economist at BNP Paribas South Africa said that inflation will likely peak out at 6.3% in Q2 this year.

"We currently see CPI peaking closer to 6.8% in Q3 and averaging 6.2% in 2022 – but with growing upside risks as SA fuel prices now look set to climb by 16% m/m in June alone while its food price estimate of 6.6% for this year is also likely to prove too tame, we think."

He pointed out that the Reserve Bank continues to stick to its view that the current policy stance remains "accommodative", "reflective of negative real interest rates which will persist over the coming quarters in an environment where global financial conditions are tightening faster than it originally expected".

"We view the SARB's May MPC decision and statement as suggestive of an increased degree of concern and prudence by a strong majority of MPC members that inflation could prove a larger problem than initially thought."

Schultz said that given the SARB's "data-dependent" language and scope for further upside surprises in CPI in coming months, the bank holds onto its call for another 50bp hike to be delivered in July, with the policy rate ending 2022 at 5.75% vs QPM output of 5.3% and for a terminal policy rate of 6.5% to be reached by mid-2023 as the Reserve Bank looks to more aggressively build up policy buffers.

More in this category: « SA Reserve Bank increases repo rate by 50 basis points to 4.75%. More sabotage at Eskom as Hendrina power station cable is cut. »
back to top