Dis-Chem sees jump in annual earnings as it reports change in shopping habits. 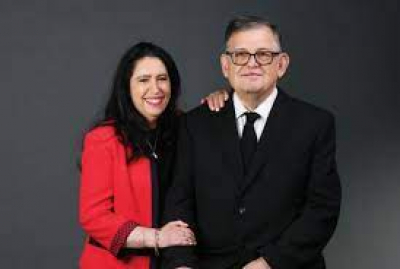 Retail revenue grew by 15.6% to R27.1 billion with comparable store revenue at 6.1%. During the twelve months to 28 February 2022, twelve Dis-Chem and three Baby City stores were opened. 48 Medicare stores were acquired, effective 1 October 2021, resulting in 254 retail pharmacy stores and 35 retail baby stores as at February 2022.

Dis-Chem said that Baby City and Medicare have been fully integrated into the group including migration onto its common technology platforms.

Baby City has been rebranded as Dis-Chem Baby City with a refreshed look-and-feel and includes 34 newly opened Moms and Baby clinics. Renovations and new store openings are continuing, the group said. There is now price parity between the two brands, as well as alignment of our strong, partner-supported Dis-Chem Loyalty programme.

The listed company said that half the Medicare stores have been rebranded as Dis-Chem Pharmacies, offering the full suite of offerings under the Dis-Chem brand including its benefit programme. "With the addition of Medicare to our retail pharmacy store portfolio, we are extremely proud that we are now South Africa’s largest retail pharmacy group, by dispensary market share."

"Over the last financial year, we have navigated a challenging and complex operating environment, progressed strategic initiatives and completed acquisitions that will drive the group forward in years to come. On the back of significant investments in prior periods, this financial year has been a period of implementation, integration, and growth," said Ivan Saltzman, chief executive officer of Dis-Chem.

"We have seen a continued stabilisation in our operating environment. Covid-19 waves became less severe with the consumer resuming their pre-pandemic routines and shopping habits, driving normalisation of baskets and seasonal patterns," Saltzman said.

Dis-Chem continues to support the national response to the Covid-19 pandemic by operating a national vaccination site network, comprising mass and in-store clinic sites. Dis-Chem has administered 1.7 million vaccine doses since the start of the campaign.

Looking forward, Saltzman said that the group expects that the trading environment will remain constrained.

"Following several acquisitions during the period, and in recognition of the importance of bringing affordable primary healthcare to the constrained consumer, the recent launch of a medical insurance and gap cover offering, Dis-Chem Health, has seen the evolution of the group's healthcare focus.

"In the two months since launching medical insurance, uptake has exceeded our initial expectations supporting our view of the market opportunity and our focus is now to accelerate our efforts to grow penetration in this market.

"Our 436 in-store clinics continue to operate at high capacity, evidence that Dis-Chem is well-placed to play a leading role in extending access to primary healthcare to a much wider and under-served segment of the population," Saltzman said.

More in this category: « Calls mount on the government to extend its temporary relief on fuel taxes. Steinhoff to appeal ruling ordering it to share probe into accounting fraud. »
back to top