Steinhoff to appeal ruling ordering it to share probe into accounting fraud. 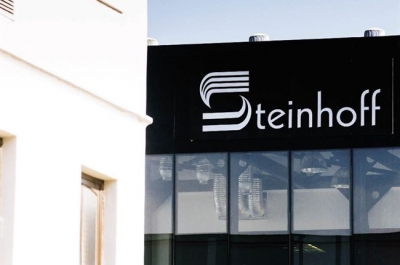 Steinhoff International Holdings is set to appeal a ruling ordering it to share a forensic probe into accounting fraud with amaBhungane and Tiso Blackstar now known as Arena Holdings.

Earlier this month media houses won a court case for access to Steinhoff's 3 000-page investigation into the accounting scandal that caused its share price to plunge and led to the resignation of its CEO Markus Jooste.

The "Steinhoff saga", as it is known, is an example of a corporate scandal that has had far-reaching effects on outsiders to the organisation – in this case, thousands of investors all over the world, including investment vehicles housing the pension funds of a great number of workers.

It all began on 6 December 2017, when news broke of the sudden resignation of Jooste and an announcement by its board of directors that information had come to light of "accounting irregularities requiring further investigation".

It emerged later that these irregularities consisted of a scheme allegedly masterminded by Jooste, in which "fictitious profit" of R106 billion was funnelled through Steinhoff's accounts.

Steinhoff had argued that the report was privileged and should be kept under wraps, as its dissemination would undermine future court cases against implicated former executives, including Jooste.

The Western Cape High Court, however, ruled that Steinhoff failed to establish that the report was protected by legal privilege and ordered it to be shared with the media.

It is now seeking leave to appeal the ruling on the basis that it would be prejudiced by the premature disclosure of the contents.

It will argue that there is "clear evidence" that it was already contemplating litigation when it commissioned PwC to conduct the probe in late 2017 - meaning the investigation can be kept private under court rules.

More in this category: « Dis-Chem sees jump in annual earnings as it reports change in shopping habits. Nersa approves the first two private 100MW generation projects. »
back to top