Government urged to immediately deregulate and reduce the fuel price. 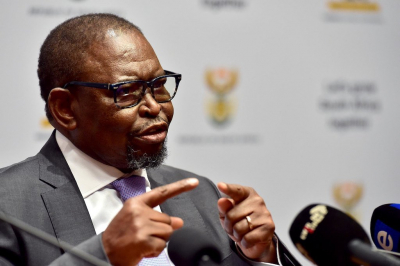 Civil society groups and opposition parties have urged the government to step in ahead of a record petrol price hike increase on 1 June.

The latest data from the Central Energy Fund (CEF) shows an under-recovery (increase) of between R2.27 and R2.36/litre for petrol from next week. This is set to be compounded by a further R1.50/litre increase as the government’s fuel tax relief comes to an end. Combined, these increases are expected to push the petrol price past the R25/litre level.

The government heavily regulates fuel prices, which include a general fuel levy and Road Accident Fund levy, along with other levies that make up about a third of what consumers pay. The almost 40% reduction in the duty imposed on each litre of fuel helped contain increases in the retail prices of 95-octane gasoline and the wholesale cost of diesel during the two months through 31 May.

The government introduced the relief in March with the hopes that global energy prices would stabilise and that the two months would create enough of a buffer for local petrol prices to reduce at a more normalised rate. Now time is up, and motorists and commuters are contending with an almost 80% increase in domestic fuel prices since 2020’s pandemic-induced record low.

The opposition Democratic Alliance has now written to finance minister Enoch Godongwana asking him to step-in and introduce new interventions.

"South Africans simply cannot afford the fuel price increase. Our economy is still in tatters and there seems little hope and indication that government is trying to right the ship," said the party’s Kevin Mileham. "The unemployment lines keep growing, while households become poorer with each passing day."

The party warned that rising fuel prices mean that all other costs of living will dramatically increase as well – food, transport and other necessities. High fuel prices are stoking inflation, with the rate of price growth edging closer to the 6% ceiling of the central bank’s target range in April.

Some of the DA's proposals to reduce the petrol cost of fuel include:

Civil society group Outa has also called on Godongwana to extend the R1.50 per litre temporary reduction of the general fuel levy beyond 31 May.

"With this temporary fuel levy reduction of R1.50 intended to be reversed on 31 May, we have asked the Finance Minister to consider the extension of this reprieve, failing which the price of petrol and diesel will increase to over R25 per litre in the coming months," said chief executive Wayne Duvenage.

Duvenage said that extending the reduction in the levy will obviously affect National Treasury's collections by roughly R2.8 billion a month, however the economy will be significantly worse-off with petrol prices in excess of the R25 per litre mark.

Outa has also recommended that in the event that this reprieve must be terminated, the minister considers a phased-in approach over three months at 50c a month.

The high fuel price has an ongoing negative effect on the economy, affecting a wide range of issues such as food prices and commuter costs, the group said.

More in this category: « More big companies reveals new plans to wean itself from Eskom. Tiger Brands Boss warns of more price rises as cost pressures build. »
back to top