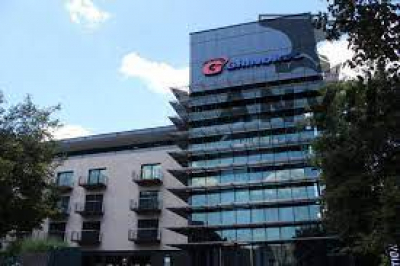 It has typically been a niche financier in the South African property market known for its specialised expertise in commercial and industrial property finance. It also provides bespoke financial services to private, corporate and institutional clients.

"A key part of African Bank's 'Excelerate25' strategy is to expand its core. This acquisition will go a long way in delivering on this theme, and meeting its mission objectives of becoming scalable, diversified and sustainable, with a compelling listable proposition," African Bank said in a shareholder statement on Thursday (26 May).

"Grindrod Bank will provide an entry into the business banking market which will be grown off African Bank's larger balance sheet and strong capital levels."

The total cash consideration payable to Grindrod in terms of the proposed transaction is R1.5 billion, with the deal still subject to regulatory approval.

The deal follows African Bank's appointment of Zwelibanzi Manyathi as group executive of business banking on December 13, 2021. The new role, under Manyathi's leadership, intends to establish a business banking division that will offer asset financing and mortgage origination solutions.

"We announced earlier this year the formation of our business banking division as part of a strategy to diversify and develop a fully-fledged middle-of-the-pyramid business banking offering," says Kennedy Bungane, CEO of African Bank.

Bungane adds that the acquisition will advance the company’s ambitions through Grindrod Bank’s sectoral expertise and existing customer base.

Grindrod Bank CEO David Polkinghorne, says the bank has had several suitors over the years, however, its alignment with African Bank is favourable from a strategic and client perspective.

Polkinghorne notes that the deal has received strong support from shareholders and will enable both organisations to diversify and grow respectively.

The two parties do not foresee any fundamental changes to their structures.

The acquisition comes after African Bank released its half-year results to the end of March 31, reporting a net profit after tax of R257 million – a significant improvement from the prior comparative period when the company reported a R135 million loss.

More in this category: « Cosatu renew calls for R624 basic income grant in South Africa. Shoprite agrees to pay R11.3m as a second fine for abuse of dominance. »
back to top