Competition Commission on alert for price gouging after Comair grounding. 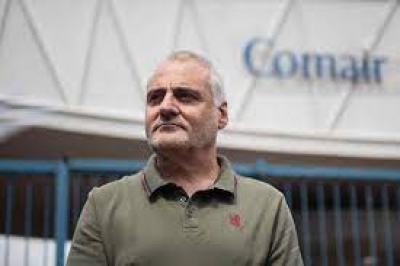 The Competition Commission of South Africa says it is monitoring airline ticket prices in the country following the announcement made by Comair to effectively suspend all British Airways and kulula.com flights with immediate effect

The meeting came after the commission raised concern about the impact of Comair's decision on air ticket prices. It sought to understand how capacity could be brought to the market to mitigate the impact of the decision.

"Specifically, the commission sought to prevent any possible price gouging emanating from the supply shock.

"The commission was encouraged by the positive response of all the airlines in this respect, as they acknowledged the need to bring in more capacity in the market and committed not to change their pricing methodologies to exploit the situation," Makunga said.

He said all parties further acknowledged the challenges posed by the rising fuel prices, which will further put pressure on the cost of air travel.

The commission said it will continue to monitor the situation.

Meanwhile the National Union of Metalworkers of South Africa (Numsa) said it's "shocked and surprised" by the latest developments at Comair and its decision to suspend all of its operations.

The union recently met with the management team of Comair and its CEO Glenn Orsmond to discuss the fate of the airline. However, the meeting left them with more questions than answers.

Numsa's general secretary Irvin Jim said the meeting was very frustrating because Orsmond was at times evasive or unwilling to respond directly to certain questions.

These questions related to whether employees would be paid their salaries during the period of the suspension and how much money Comair needed in order to be financially sustainable, among other matters.

He said the suspension of the airline had left thousands of passengers deeply inconvenienced and management handled the situation very poorly.

"It is clear that the future of the airline remains very uncertain and we remain doubtful that Orsmond can assist us to find a long-lasting resolution.

"We also have questions about the role of the BRP which have been in charge for almost two years. They were paid exorbitantly and were seemingly unable to foresee this financial hurdle."