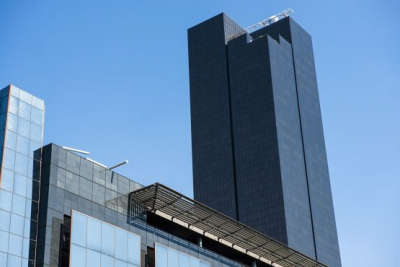 The economists at the Bureau for Economic Research (BER) while the extension of the fuel levy relief curtails near-term domestic inflationary pressure somewhat, consumer price (CPI) inflation is still set to come out higher this year than previously estimated.

In a note on Monday (6 June), the group noted that retail prices are set to increase even further, especially on the food price front. At the same time, a higher-than-expected oil price means that the fuel price is set to remain elevated, it said.

"Therefore, we now see consumer inflation averaging 6.1% in 2022, with headline CPI likely peaking above 6.5% in June.

"This does add to the risk that the South African Reserve Bank (SARB) may feel compelled to hike its repo rate by another 50 basis points (bps) next month, but for now, we stick with the forecast for a 25bps hike, albeit that this is a low conviction call, "the group said.

On Tuesday (31 June), the National Treasury and the Department of Mineral Resources and Energy announced that the general fuel levy reduction of R1.50/litre would be continued for another month. The reduction would then be halved to R0.75/litre in July, with the relief ending in August.

This further extension of the fuel levy reduction would cost the fiscus R4.5 billion, the BER said.

"Unlike the previous reduction in April and May which was made possible by the sale of strategic oil reserves, it is not yet clear how the extension would be funded.

"However, the finance minister has indicated that it would be fiscally neutral i.e. most likely financed through higher-than-expected non-levy revenue or if that does not materialise by cutbacks in expenditure."

The government was under huge pressure to extend the levy reduction – without it, the petrol price would have increased by close to R4/litre last week.

That said, the government is set to face continued social and political pressure to shield consumers from the cost-of-living surge and will be unable to give in to all demands going forward. This again emphasises why faster rates of real GDP and private sector employment growth are so crucial, the BER said.

More in this category: « Competition Commission on alert for price gouging after Comair grounding. SARS announces start dates and details for 2022 tax season. »
back to top