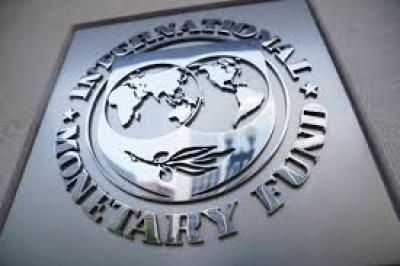 The International Monetary Fund (IMF) says that South Africa's economy should be benefitting from a commodity price boom – but instead, it is frozen in a low-growth climate due to slow reform and policy integration from the government, and persistent problems with state-owned companies.

The global financier warned that South Africa urgently needs to introduce structural reforms if it is to see its growth trajectory increase in the coming years.

The group completed a visit to the country on Tuesday (7 June), noting that South Africa's economy is currently benefiting from favourable commodity prices, which have raised exports and government revenue.

"However, a series of shocks is adversely affecting its outlook. The flooding in Durban, uncertainty about the war in Ukraine, tightening of global financial conditions, and China’s slowdown pose challenges to growth and price stability. Policy action needs to focus on mitigating the impact of these shocks while addressing longstanding structural economic obstacles to growth.

"Frequent load shedding is an impediment to conducting business in South Africa. Similarly, failures in the transportation system limit the gains from the commodity price boom. Rising inflation hurts the purchasing power of low-income households and negatively affects the country’s competitiveness and financing costs," it said.

The group added that it is increasingly concerned about the growth outlook and its implications on employment, poverty, and inequality.

The IMF reaffirmed its finding that low growth in the last decade has been caused by binding structural constraints, rendering demand-side policies – whether fiscal or monetary – less effective in boosting economic activity.

"Despite some important progress in addressing the scarring effects of state capture on governance and institutions, sustained efforts are needed to improve procurement processes and deter corruption. It is more urgent than ever to transform the network industries and foster competition to attract private investment, create jobs, and reverse the slide in social conditions."

A gap between doing and saying

The IMF pointed to the recent conclusion of the digital spectrum auction and the changes in the licensing of generation capacity in the energy sector as positive regulatory developments.

These actions need to be complemented by broad-based removal of regulatory barriers to investment and competition while resisting detrimental protectionist policies, it said.

"There remains a large gap between encouraging policy statements and reform implementation, which undermines the confidence and growth impact of those statements. Improving the functioning of the labour market and the quality of education are also essential to tackle South Africa's high structural unemployment.

"The operations, finances, and governance of Eskom and Transnet need to be improved decisively and quickly. Any solution to Eskom's debt problem must be preceded and accompanied by concrete and credible actions to downsize the company’s balance sheet and restore its commercial viability."

These include efforts to cut costs and collect arrears, as well as a more predictable tariff-setting mechanism, it said.

"Otherwise, Eskom will continue relying on government support and remain a constraint to economic growth and a threat to the sustainability of the public finances. Transnet needs to restore the operational capacity of the freight rail system and improve the efficiency of its ports, including by accelerating reforms that attract private sector investment."

Other concerns flagged by the IMF include:

More in this category: « CSIR's data shows SA has seen a 40% increase in load shedding. Ismail Momoniat appointed as acting director-general of Treasury. »
back to top