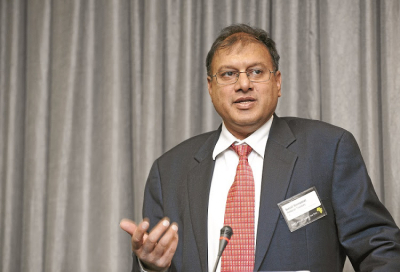 He takes over the reins following the departure of Dondo Mogajane on June 7.

The Ministry said Momoniat brings a wealth of experience to the position, having served National Treasury with dedication for 27 years, of which 22 years have been instrumental in the leadership of the organisation as a Deputy Director-General.

Godongwana said he was confident that Momoniat would keep a steady hand on the till of the organisation, steering the department to meet its strategic agenda while ensuring continuity and stability.

"Momoniat’s focus at the National Treasury has been on formulating and designing the policy and legislative framework for the fiscal and financial governance and accountability system for the public sector, the intergovernmental fiscal framework, and the tax and financial regulatory system.

"This included driving the foundational financial and fiscal legislation to give effect to our 1996 Constitution, to reverse the legacy of the racist Apartheid state. This included the development and enactment of the Public Finance Management Act which promoted good financial governance in the public sector and outlined the powers and functions of the National Treasury," said the Minister.

Recently Momoniat led the process for the adoption of the Carbon Tax Act to reduce greenhouse gas emissions to counter climate change.

In a subsequent interview former journalist Pippa Green detailed Momoniat's contribution to the fight against apartheid and his influence on legislation at Treasury.

"He was a struggle activist whose family was moved to Lenasia under the Group Areas Act. Momoniat played a key role in starting the Transvaal Indian Congress (TIC) and the United Democratic Front thereafter. With the TIC, they made important contacts with African activists, and this became the genesis for the UDF forming. He was detained in the early eighties and became a UDF activist after his release," Green said.

More in this category: « IMF wants government to urgently implement structural reforms. Comair to be liquidated after not raising enough funds to keep going. »
back to top