Comair to be liquidated after not raising enough funds to keep going. 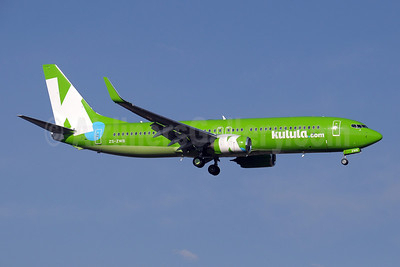 This is because the company could not raise the necessary funding to continue with operations.

In a notice, published on Thursday, the BRPs advised creditors that they no longer believe there is a reasonable prospect that the company can be rescued.

The BRPs tasked the Comair Rescue Consortium (CRC), the current owner, to come up with a practical plan for continued operations by 31 May this year.

This included raising additional funding "to settle all financial obligations as they fall due in the ordinary course of business" and to negotiate with lenders about arrears amounts.

When this did not happen, the BRPs suspended all Comair's kulula.com and British Airways (operated by Comair) flights on 1 June.

Comair, which has been flying planes in South Africa since 1946, has been in business rescue for the past two years. The CRC invested R500 million for a 99% share of the equity in the company at the time.

It landed in business rescue after it couldn't repay billions in debt.

While the pandemic decimated its business, its debt burden has been growing for years, partly as a result of a disastrous order of Boeing 737 Max planes.

It paid $45 million in deposits for eight of the planes. It already had one delivered when a worldwide grounding of the planes was declared between March 2019 and December 2020 following two fatal crashes. Comair's legal battle in a US court to cancel the purchase agreement of the 737 Max planes from US manufacturer Boeing is still ongoing.

A more recent setback was a five-day suspension of Comair's flights by regulator the SA Civil Aviation Authority in March after what it called "a series of incidents", including issues with the landing gear indicator on one of the flights.

One of the BRPs, Richard Ferguson, explained in a statement on Thursday that, with its two airline brands - British Airways (operated by Comair) and kulula.com - market share, modern aircraft fleet, experienced employees, sales and distributions channels, Comair was an inherently viable business.

"It is an extremely sad day for the company, its employees, its customers and South African aviation," says Ferguson.

According to Jannem Goussard, organiser of the union Solidarity, they have been informed that an application for provisional liquidation of Comair has already been made and will be heard as an urgent matter on Tuesday 14 June.

"The company has heard the Solidarity's plea to sort out the medical aid, and the best they could do was pay June fees. Employees will have to pay for medical aid from 1 July," says Goussard. "Solidarity is devastated by this news. We will do everything possible to support our members and keep them informed of the process going forward. The loss of Comair is an indictment on the state of the SA economy and needs urgent attention."

Employees and customers who held bookings or were owed refunds will now become creditors of the company.

More in this category: « Ismail Momoniat appointed as acting director-general of Treasury. MultiChoice flags ongoing tough economic conditions with a slight decline in profit. »
back to top