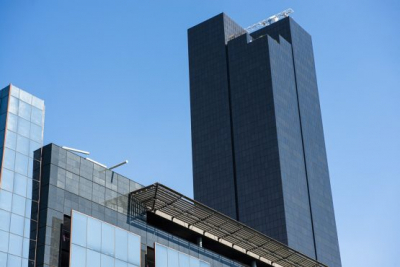 The economists at the Bureau for Economic Research (BER) says South Africa’s most important economic release this week will be the consumer inflation (CPI) print by Statistics South Africa on Wednesday (22 June).

"After remaining unchanged at 5.9% y-o-y in April, we expect inflation to accelerate to 6.1% in May – this is in line with the consensus forecast," the group said in a research note on Monday.

"This would be the first time since March 2017 that inflation tops the upper limit of the South African Reserve Bank’s inflation target range – although the May print is still unlikely to be the peak."

These inflation figures, which are not unique to South Africa, are expected to be felt across the global markets as central banks look to rate hikes to bring them under control. In South Africa, inflation reached 5.9% in April 2022.

By 31 May 2022, the Reserve Bank’s Monetary Policy Committee had raised the repo rate by 100 basis points to 4.75% and indicated that there were likely to be further increases in the second half of the year.

"It is becoming increasingly clear that, in many cases, central banks are prepared to accept weaker near-term real GDP growth outcomes if that is what it takes to get decades-high inflation under control,” the BER said.

Jeff Schultz, senior economist at BNP Paribas South Africa, said interest rate hikes are likely to continue in the country for the rest of the year.

We now expect the SARB to maintain a 50bp pace of hikes for its three remaining meetings in 2022 as inflation proves more persistent alongside a smaller output gap.

"Our terminal policy rate of 6.50% is now likely to be achieved by January 2023 from our original May 2023 forecast, much earlier than the SARB’s QPM suggests. For fiscal policy, a meaningfully higher 2022 growth forecast, elevated inflation and still supportive commodity prices mean that we now see more than 1.7pp of GDP in revenue upside in FY22/23."

On Tuesday (14 June), the Standard Bank group said it had revised its interest rate forecasts for 2022, with the bank now expecting more hikes as inflation continues to bite.

"In March 2022, Standard Bank Research expected interest rates in South Africa to increase by 100 basis points for the full year. This has been revised up to 175 basis points," it said.

More in this category: « Telkom revenue drops as it warns of slowdown in mobile growth. Absa sees positive growth for the five months ended 31 May 2022. »
back to top