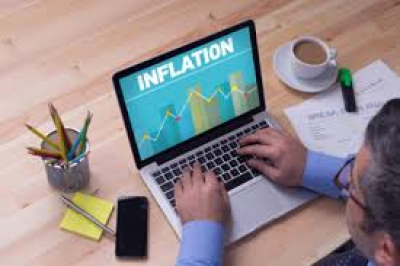 Bishop said the US interest rate move reinforces the likelihood of a 50bp instead of a 25bp hike by the South African Reserve Bank in July, although South Africa’s FRA curve points to a hike of as much as 75bp, she said.

"Currently, we continue to expect a 50bp lift in South Africa’s repo rate from the monetary policy committee meeting in July, with the South African Reserve Bank likely to follow the direction, but not necessarily the exact moves of the Federal Open Market Committee (FOMC), which has hiked in consecutive 25bp, 50bp and 75bp tranches so far this year."

The central bank's decision could be made more difficult as economists have forecast that South Africa’s inflation print could breach the 6% level for the first time in five years on Wednesday.

After remaining unchanged at 5.9% y-o-y in April, we expect inflation to accelerate to 6.1% in May – this is in line with the consensus forecast," the Bureau for Economic Research (BER) said in a research note on Monday.

"This would be the first time since March 2017 that inflation tops the upper limit of the South African Reserve Bank’s inflation target range – although the May print is still unlikely to be the peak."

These inflation figures, which are not unique to South Africa, are expected to be felt across the global markets as central banks look to rate hikes to bring them under control. In South Africa, inflation reached 5.9% in April 2022.

Bishop added that the rand is currently expected to average R15.80/dollar in Q3 2022, but that this could shift as Ukrainian president Volodymyr Zelensky has warned of the Russian invasion intensifying, and NATO is now warning that the war could last for years, providing no end in sight for related price pressures.

"Sanctions against Russia are likely to persist for longer than anticipated, further supporting high agricultural and energy commodity prices. Russia and Ukraine account for a third of the world’s wheat and two-thirds of sunflower production.

"The risk is that the US economy slows more quickly than its policymakers and markets anticipate, with a recession, and not necessarily a mild one, spooking markets as stagflation worsens on obdurate supply-side price pressures, weakening the rand," she said.

More in this category: « Absa sees positive growth for the five months ended 31 May 2022. Redefining the future of law - meet Lerisha Naidu who inspires change. »
back to top