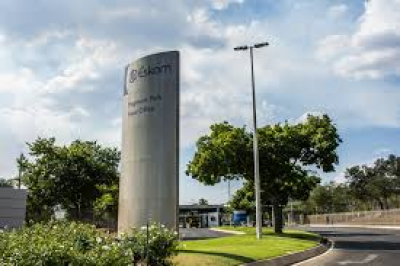 Tensions are rising at Eskom, with the struggling power utility Eskom confirming protests at a number of power plants following a breakdown in wage negotiations.

Groups at six coal-fired stations "have blocked roads leading to some of the power stations, which hampers the movement of people and goods into or outside of the facilities," spokesman Sikonathi Mantshantsha said in a text message on Thursday.

"While some incidents of intimidation have been reported, the protesters are largely peaceful at this stage."

The development adds pressure on the state-owned utility, already failing to meet electricity demand and forced to implement controlled blackouts to keep the grid from a total collapse. Eskom, which generates almost all of the nation's power, reached a deadlock with labour unions in pay talks earlier this week.

The company’s last major wage negotiations in 2018 broke down into labour protests — considered illegal because the utility provides an essential service — that resulted in electricity shortages. A three-year deal was then signed for pay increases of as much as 7.5% annually.

Some of Thursday's demonstrators wore union gear, Mantshantsha said. The police have been alerted.

Numsa, which was initially demanding a 15% increase – across the board – for its members, later revised down its demands to 12% at the third round of negotiations in early June.

According to Numsa, the 12% increase demand would cost the struggling utility about R2.1 billion; this cost it says would include the cost of benefits for Eskom's 28 300 employees in the CBF.

However, Eskom is citing financial woes as the main reason why it cannot meet the union’s demands.

More in this category: « Work underway to finalise the Just Energy Transition Partnership. Australian airline announces new flights between Perth and Joburg. »
back to top